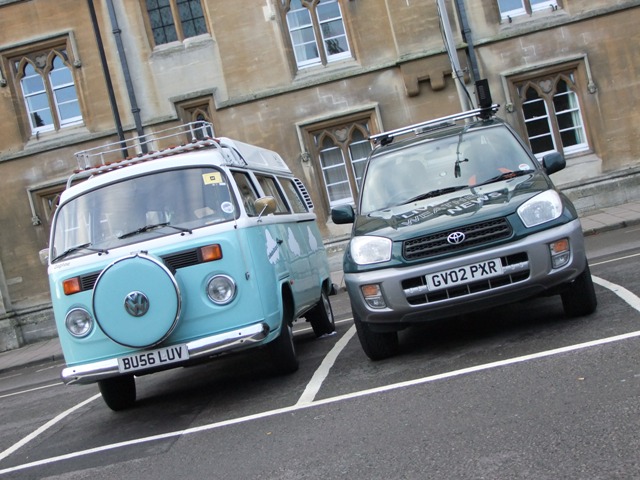 Onwards and upwards: theWeather Club's system moves over the Midlands

Thanks to the nice men at the AA, Daphne the campervan lives to fight another day. An early start in Oxford, first to do some local radio then down to Broad Street to enthuse the early morning commuters about the wonders of weather. It still surprises, and I'm a meteorologist, how many people just want to stop and chat about the weather – the summer heatwave on the Continent, weather in Boston during the fall and the autumnal chill in the air. We are quite literally obsessed with the weather.

Then we are on the road again heading north to Birmingham. After a quick stop at the Mailbox to do an interview with BBC West Midlands it's on to Aston University and the British Science Festival. We had a prime location and what perfect weather for the Great British Weather Experiment – sunshine and light winds followed by a heavy downpour and finishing with a rainbow – who could ask for more. We met a hot air balloonist, medics, engineers and teachers all united by their interest in the weather. But what people were most concerned about was to hear that Daphne had been unwell and their delight in knowing that she'd made a full recover – bless.

The live webcam and weather data being collected at each location can be viewed at here and you can follow our tour of Britain on Twitter (DrLizBentley).