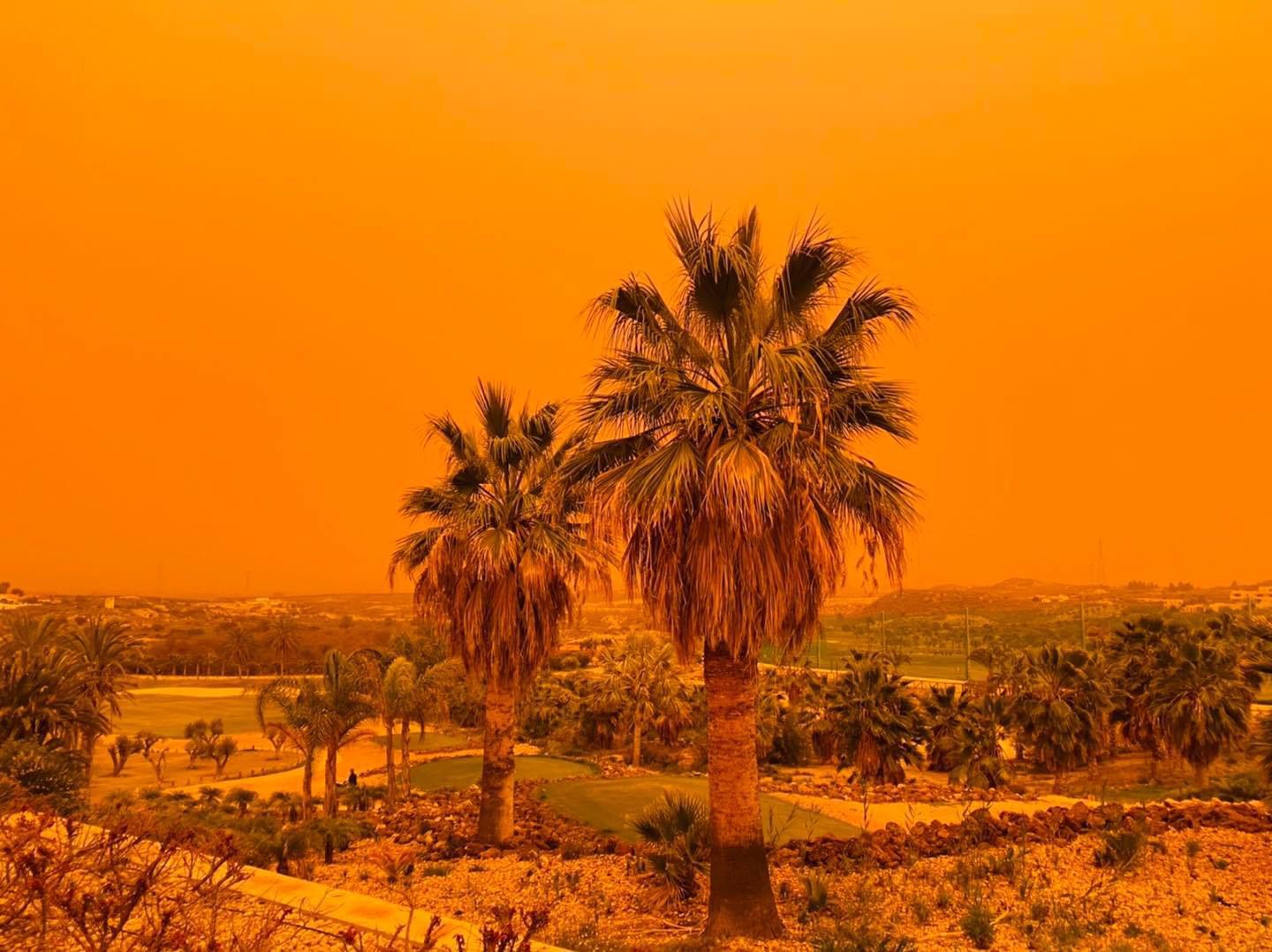 Orange skies and dusty cars? Blame it on Saharan sand

Desert sand from the Sahara can reach the UK, bringing vivid orange skies and dusty cars. But how does it get here?

It usually begins with strong winds over North Africa kicking up dust and sand. This was the case in March 2022, thanks to strong scirocco winds created by a depression over Morocco – named Storm Celia by the Portuguese Met Office. High pressure centred over the central Mediterranean allowed the dust and sand to be transported northwards into Spain, Portugal, France and the southeast of England.

High levels of #SaharanDust are being transported across the Iberian Peninsula towards northern Europe.
The #CopernicusAtmosphere Monitoring Service is predicting the path of the dust transport and tracking its progress

2 different perspectives of the #SaharanDust from space yesterday. Image 1, seen by our #Meteosat-11 🛰️, was taken via our real-time image service EUMETView (https://t.co/SyqA4JlApU). Image 2 shows the dust over parts of France, Spain & Portugal via the #Copernicus #Sentinel3 🛰️ pic.twitter.com/ihCnWQMISq

In Spain, the phenomenon is known as “calima”, with extremely orange skies spotted over Andalucia and ashy ski slopes in Sierra Nevada.

Believe it or not, this is Sierra Nevada SKI 🏂🎿resort in southern #Spain, transformed by a thick plume of #SaharanDust.
From the station's webcam and via @CLIMATEwBORDERS https://t.co/gHF85ut2Gx pic.twitter.com/Xg9j2vTk73

In southern France, the snow even took on a pink tinge thanks to the Saharan dust on the slopes in Piau-Engaly ski resort.

Pink snow ?, no Saharan dust on the ski slopes of France #SaharanDust pic.twitter.com/HCpsOCKs3J

The dust tends to be high in the atmosphere, creating an orange glow to the sky and some spooky sunsets. Normally, our blue skies and red sunsets are caused by Rayleigh scattering, as in the video below. However, due to the larger size of the dust particles, the orange skies are actually due to a similar process called Mie scattering. In addition to this, mineral dust also absorbs the blue wavelengths of light, further enhancing the reddish colour of light that reaches our eyes through the dust plume.

When it rains, the dust gets washed out of the air, coating cars and other surfaces with reddish deposits. If there is a high enough concentration of red dust particles, then the rain can appear red – otherwise known as blood rain.

We can see the #SaharanDust that has pushed across Spain and France, into southeast England

Whilst this #dust is mostly about 2km above ground level, some deposits may fall to the ground, especially during today's rain in southern parts of the UK pic.twitter.com/9mxfcnk8cv

Saharan dust in the air can affect air quality and raise levels of air pollution. This won’t affect most people, but those with existing conditions may experience increased symptoms.