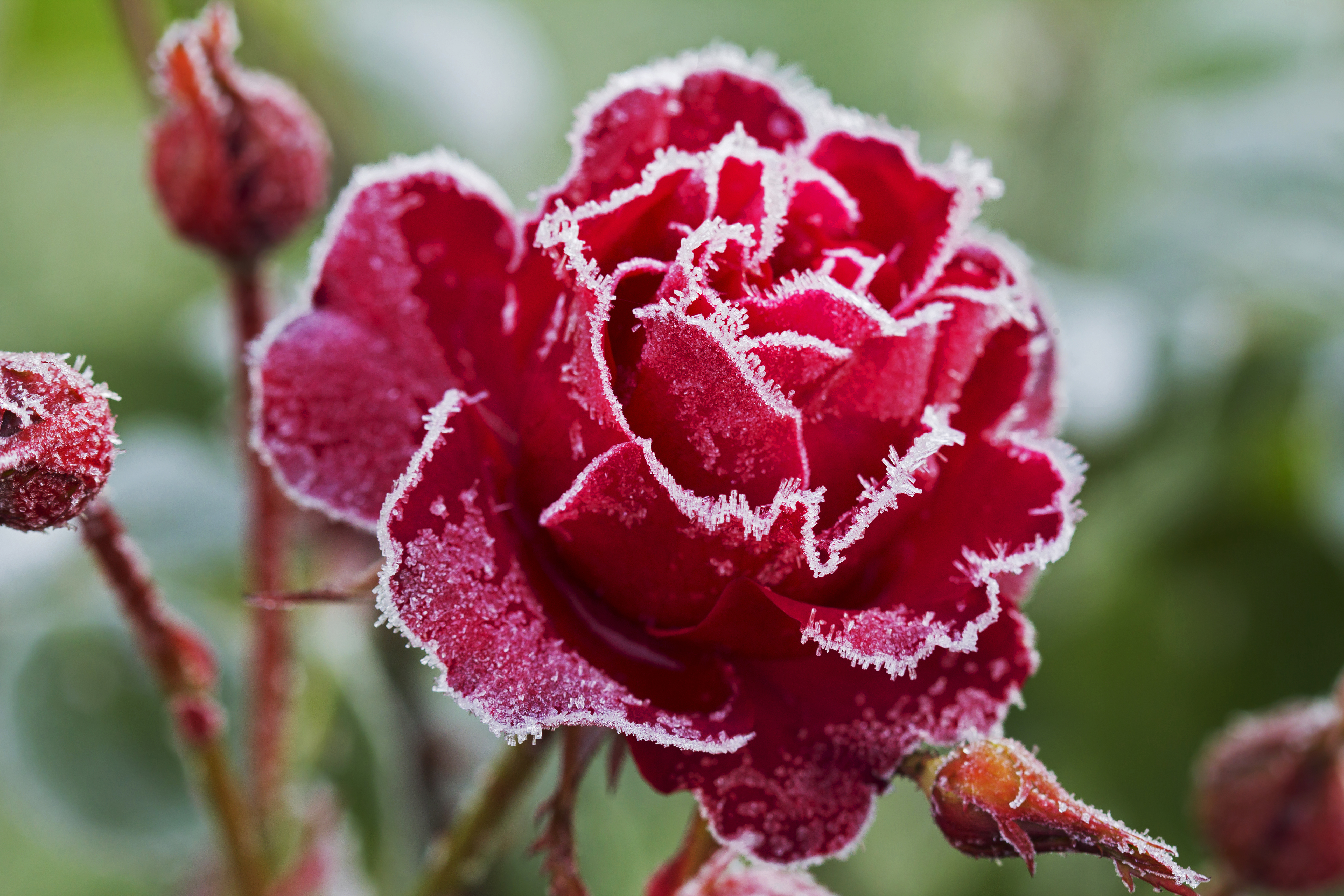 A touch of frost 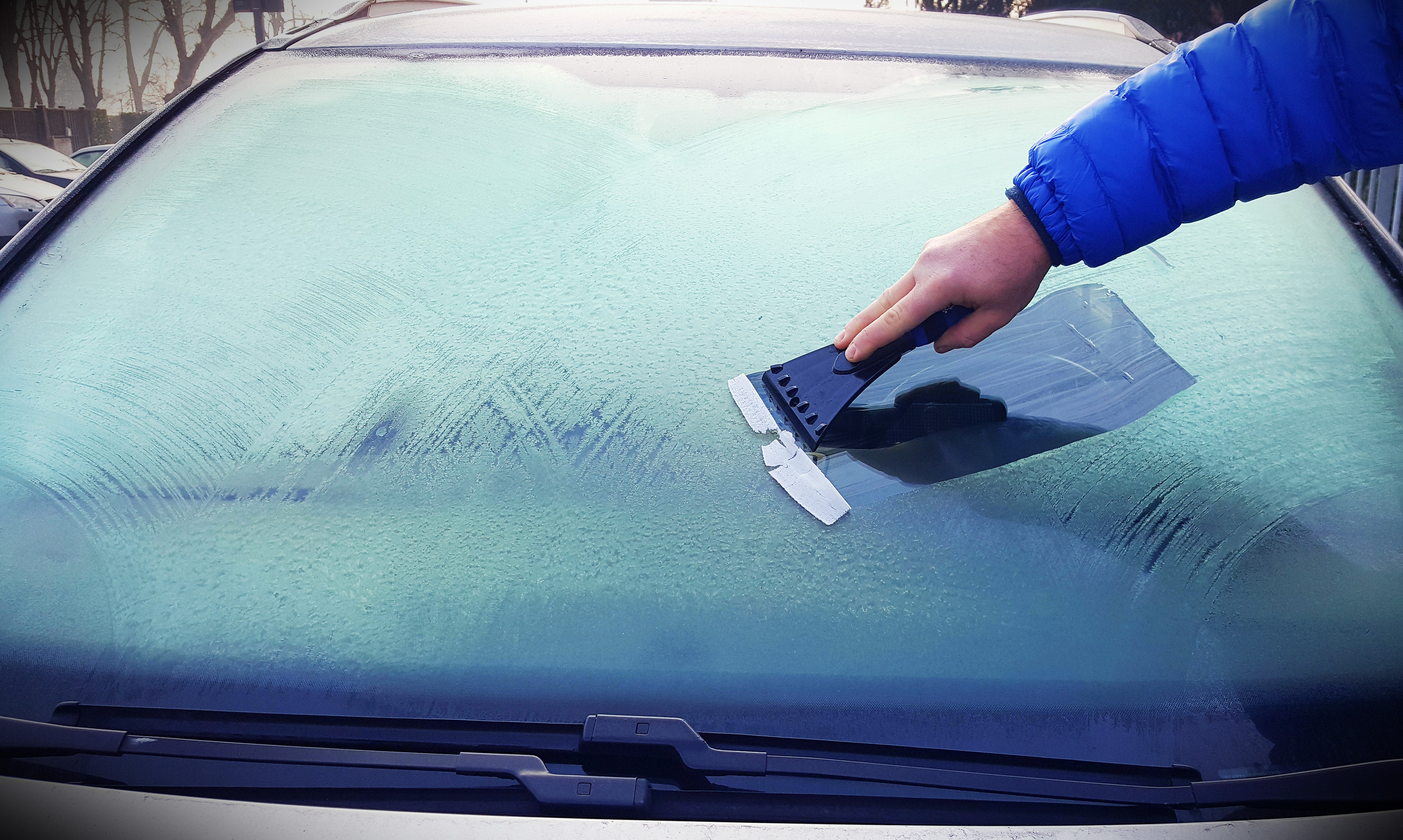 Ice on your windscreen can be a real pain in the morning, but it’s not just because temperatures dropped overnight. The amount of moisture in the air is crucial in determining whether or not you’ll be scraping your car. In a very moist atmosphere, the temperature can be above freezing, but the windscreen is so efficient at cooling the air around it, drawing out the moisture and forming a frost on the glass. And other times, the temperature can drop a couple of degrees below freezing, but because the air is so dry, your windscreen stays clear. 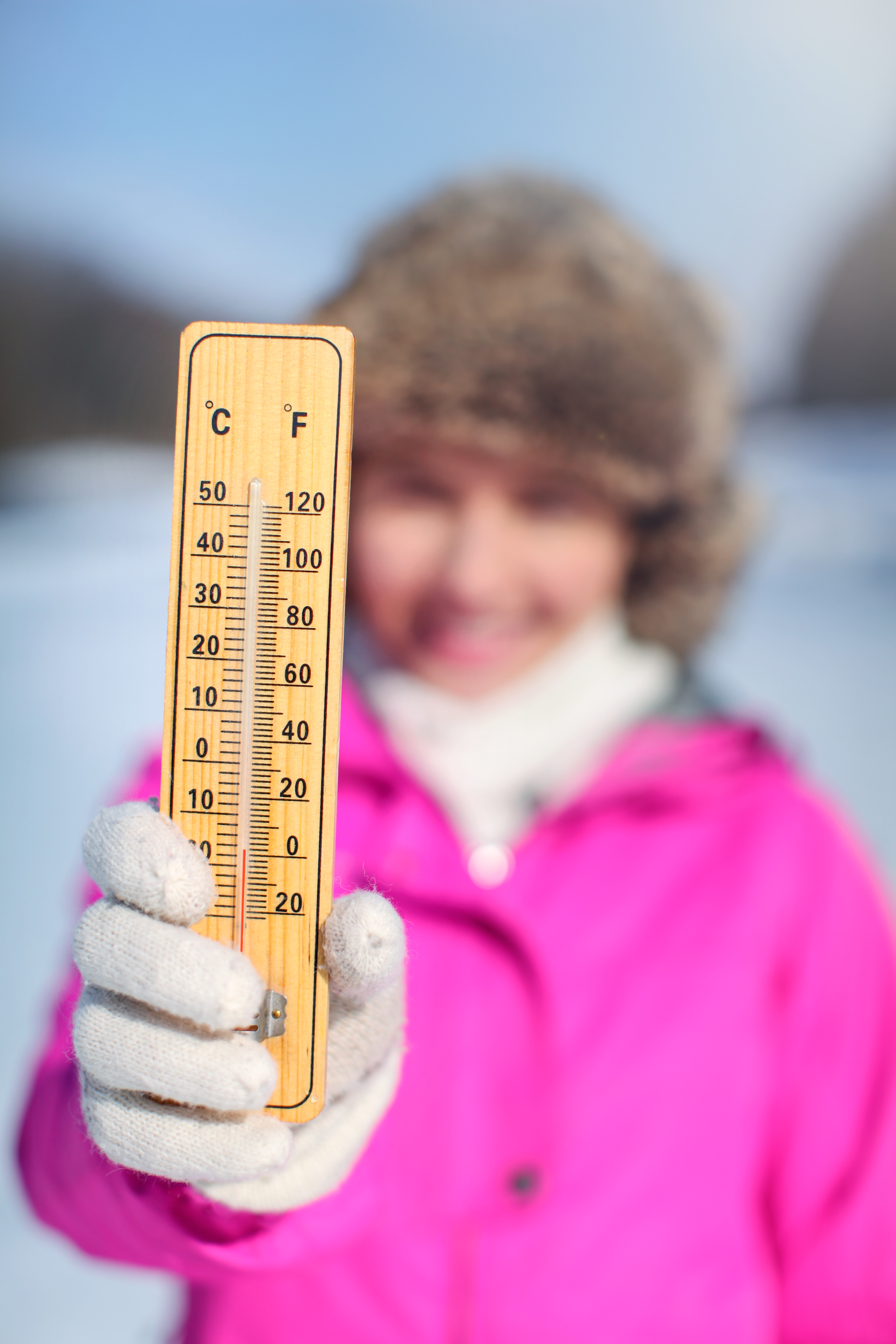 First up we’ve got an air frost, which is when the air temperature is 0 ºC or below. By air temperature, we’re talking about the temperature that would be recorded in a Stevenson screen about 1.25 m above the ground. 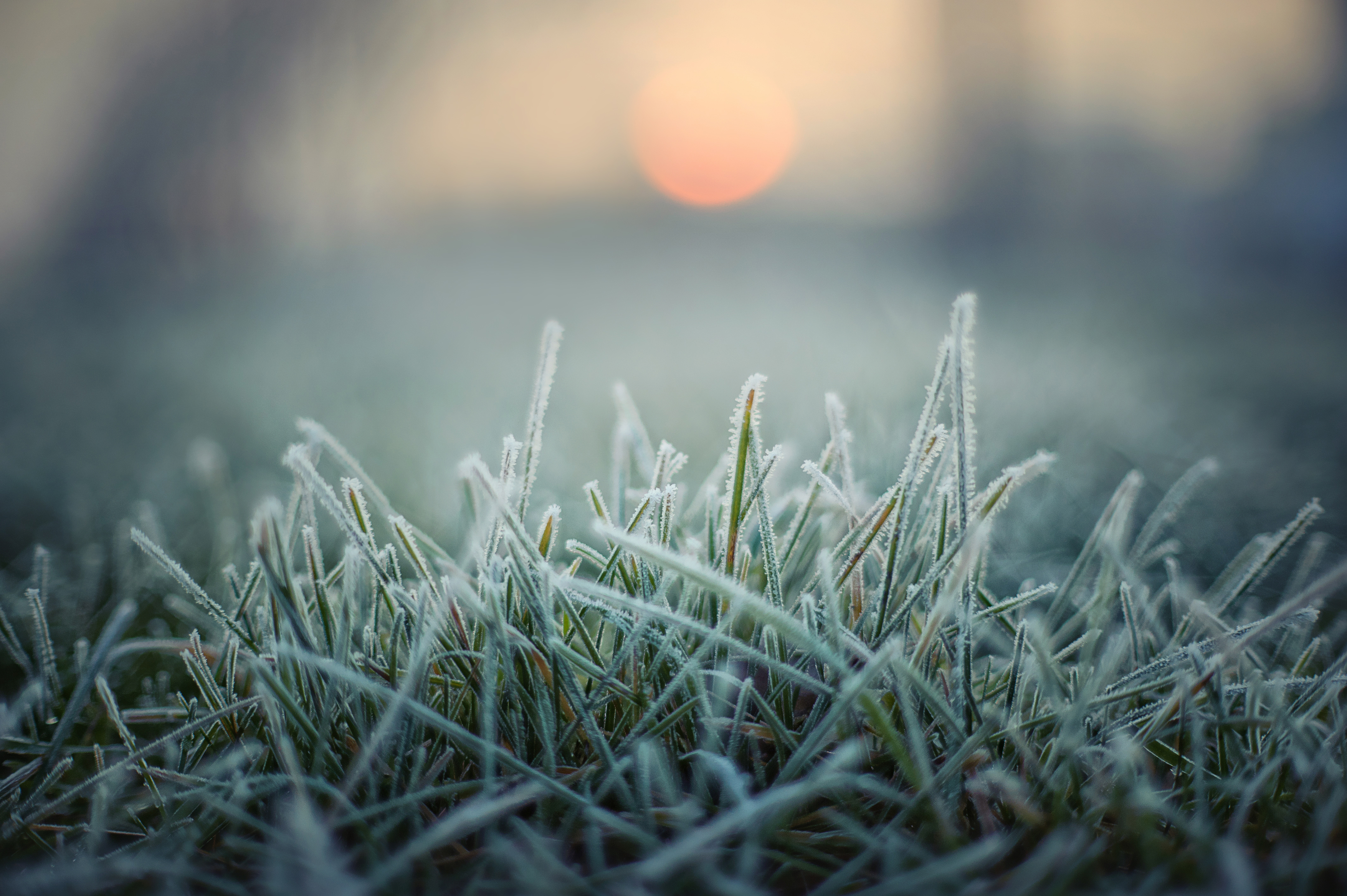 Gardeners will already know about our next type of frost – a ground frost. This is when ice forms on the ground, objects or trees, whose surface has a temperature below the freezing point of water. The ground can cool more rapidly than the air above, so sometimes you can get a ground frost without an air frost. Unofficially it’s called a grass frost, when only the grassy surfaces drop below freezing but other surfaces such as roads remain above. 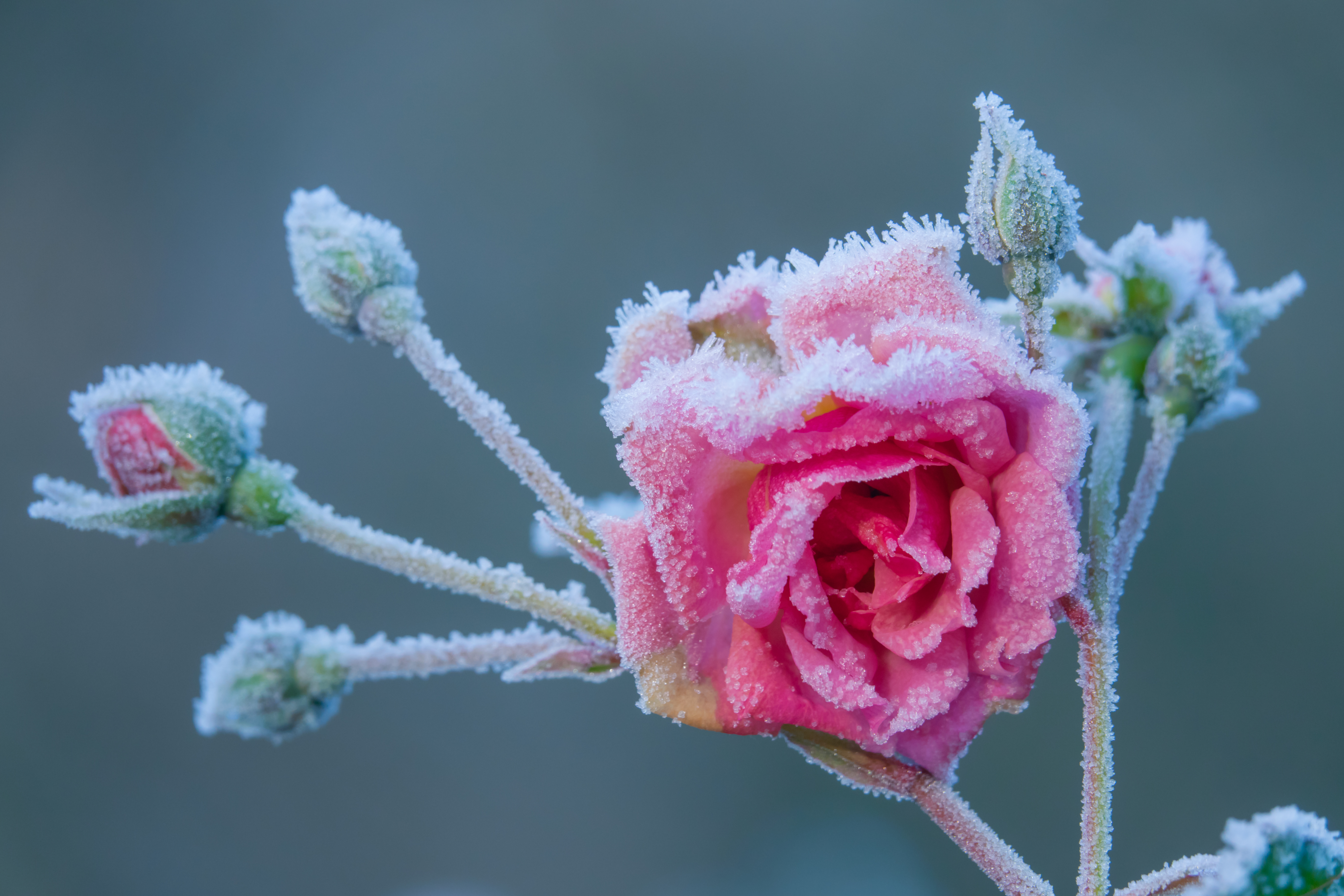 One of my favourite types of frost is a hoar frost. These tiny ice crystals are formed in a similar way to dew deposition. As the surface temperature is below freezing, instead of drops of water a beautiful coating of ice crystals is left behind. One of the best places to find hoar frost is on exposed plants near unfrozen lakes and streams. The white ice crystals can also be deposited on the ground or found on other objects such as wires, leaves and even spiderwebs.

So a frost is a cover of tiny ice crystals on freezing-cold objects exposed to the air. Ice, on the other hand, is water in its solid (or frozen) form. Here are two types of ice formations. 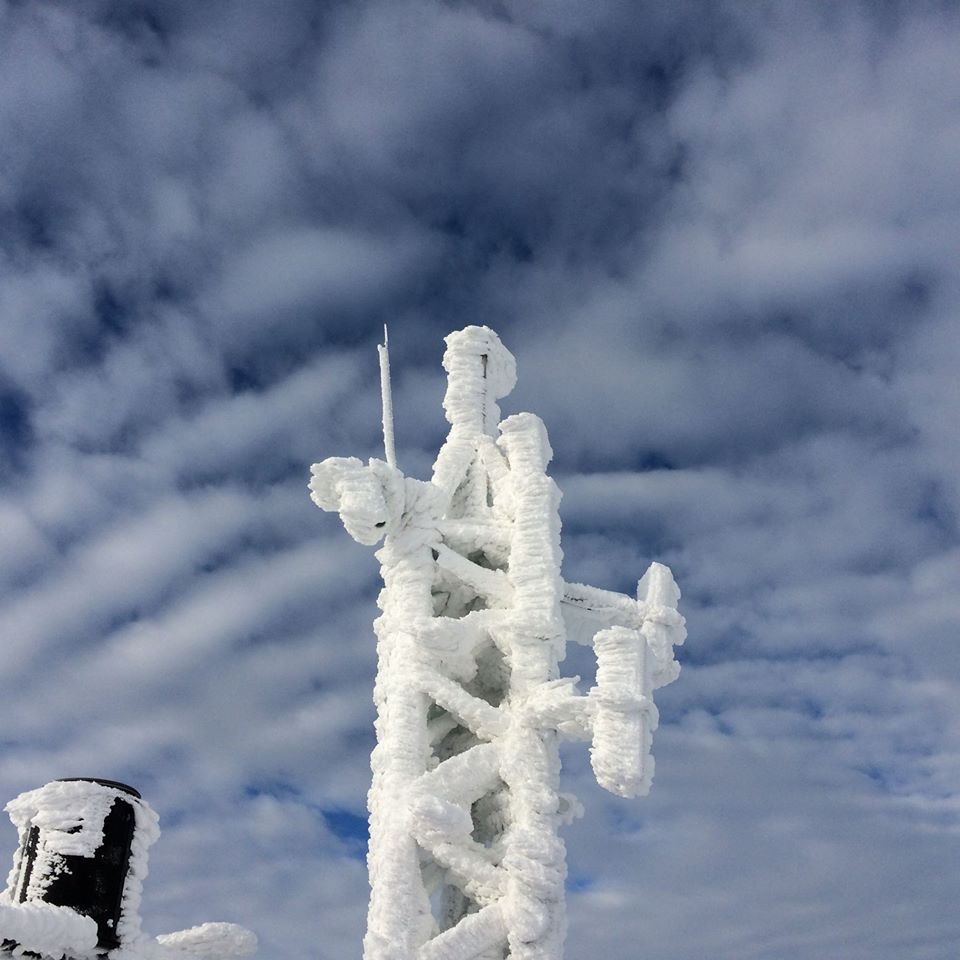 Rime is a rough white ice deposit that forms on vertical surfaces in freezing fog. It forms when supercooled water droplets in the fog freeze on contact with a surface exposed to the wind. 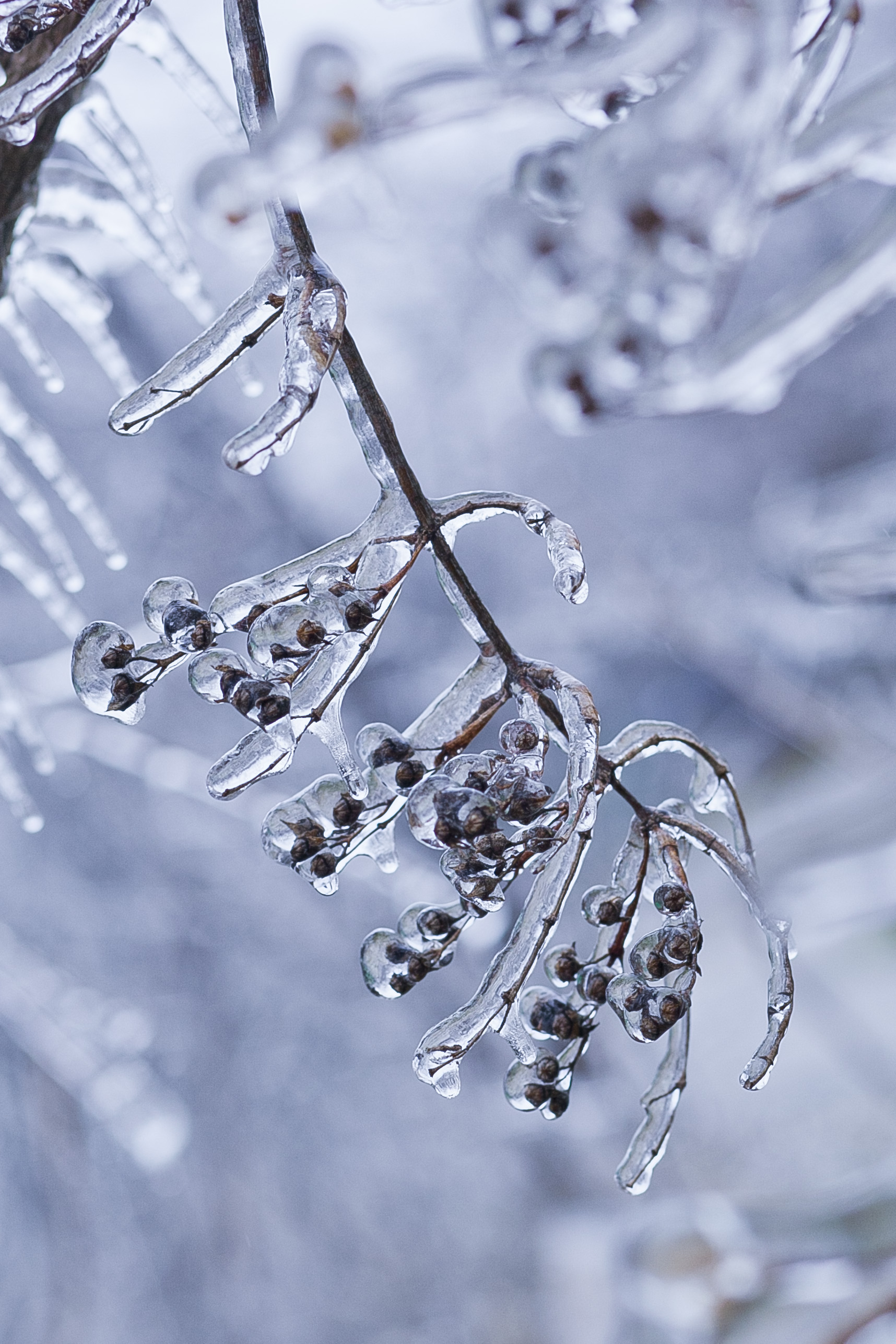 Rime’s scary cousin is glaze. This smooth, clear ice forms when supercooled drizzle or rain hits the ground and freezes on impact, also known as freezing rain. If the ground is well below freezing even non-supercooled liquid can produce glaze. It can be mistaken for a wet surface or even appear almost invisible to drivers: the notorious “black ice” that forms on roads. The extra weight of glaze can also bring down tree branches or power lines.

In honour of Valentine’s Day, I’d like to finish our frozen tour with the frost flower. This rare and illusive flower of ice occurs in just the right conditions, namely unfrozen but still moist soil with air temperatures just below freezing.

Water pulled up from the soil into a plant’s long stem freezes, expands and splits the stem. As more water is drawn up, more freezing occurs, eventually forming thin layers of ice that unfurl from the stem to form the fragile frost flower. If you see one, best take a picture straight away as these amazing formations melt very quickly or even sublimate straight from ice to water vapour soon after sunrise.