Weather Photographer of the Year 2021: Setting the scene - seas & oceans

Weather conditions dictate when the sea is at its calmest or when it is whipped up into a powerful frenzy. In either case, the 70% of our planet’s surface which is covered in water is definitely worth capturing on camera as it can provide some wonderful spectacles. 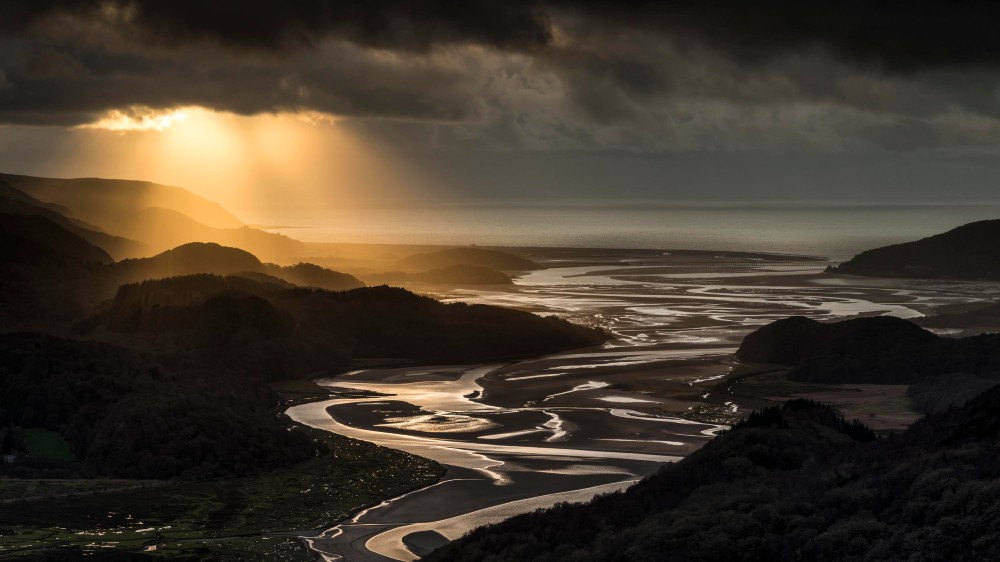 Britain is one of the places in the world with significant tides. The twice daily rises and falls, caused by a combination of the moon’s and the sun’s gravitational pulls against a backdrop of the rotating Earth, can be as much as 5-10 metres in height. In contrast, tides in the Mediterranean Sea are very small because the Straits of Gibraltar are narrow enough to limit the amount of water that can flow into or out of it in each six-hour time window.

When strong onshore winds and very low air pressure combine at the same time as a high tide, sea defences can be overwhelmed by the ‘storm surge’ with striking consequences. 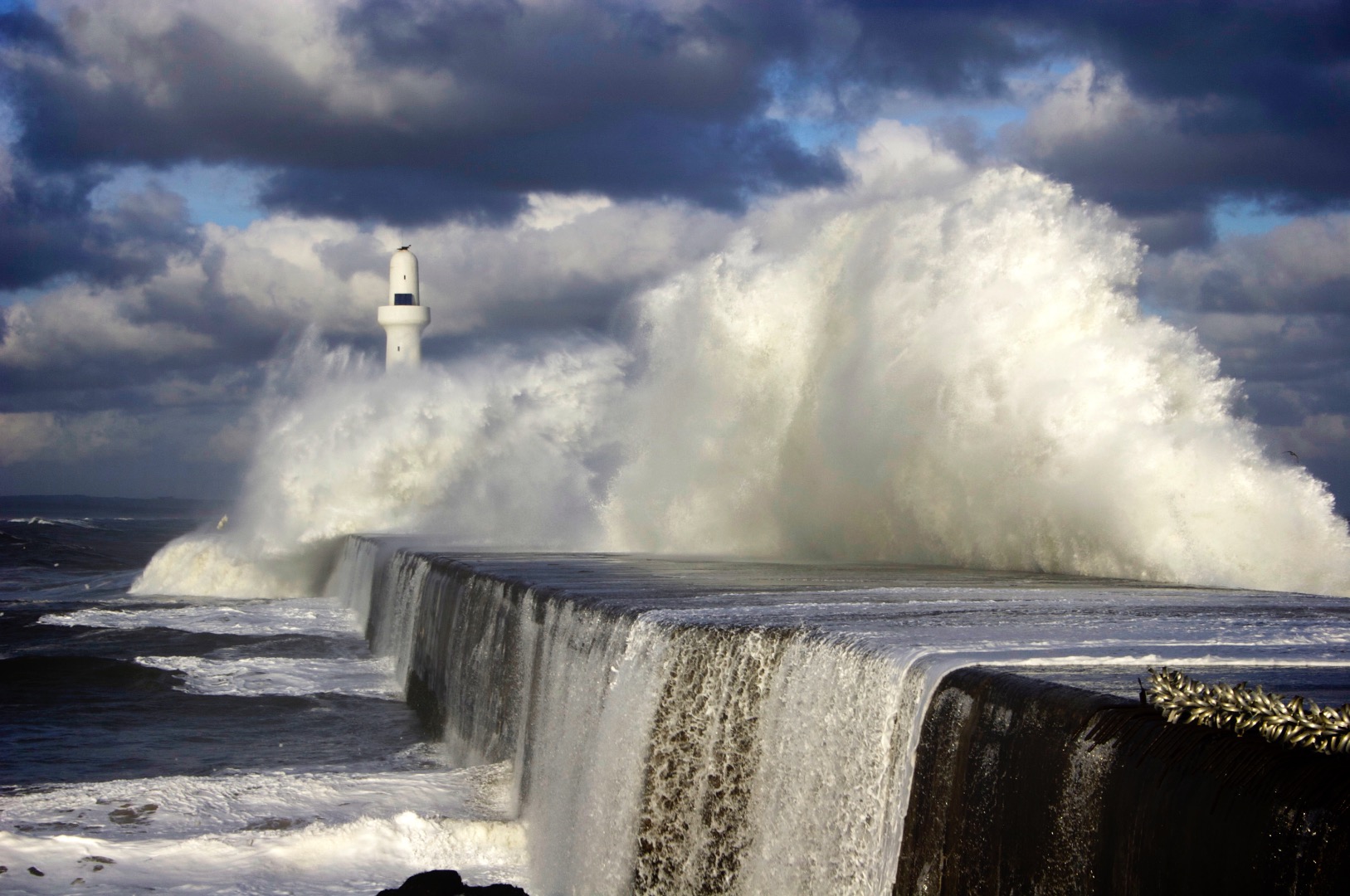 And if the sea wall is meant to be protecting a vital rail artery, those consequences can easily threaten both damage and danger! 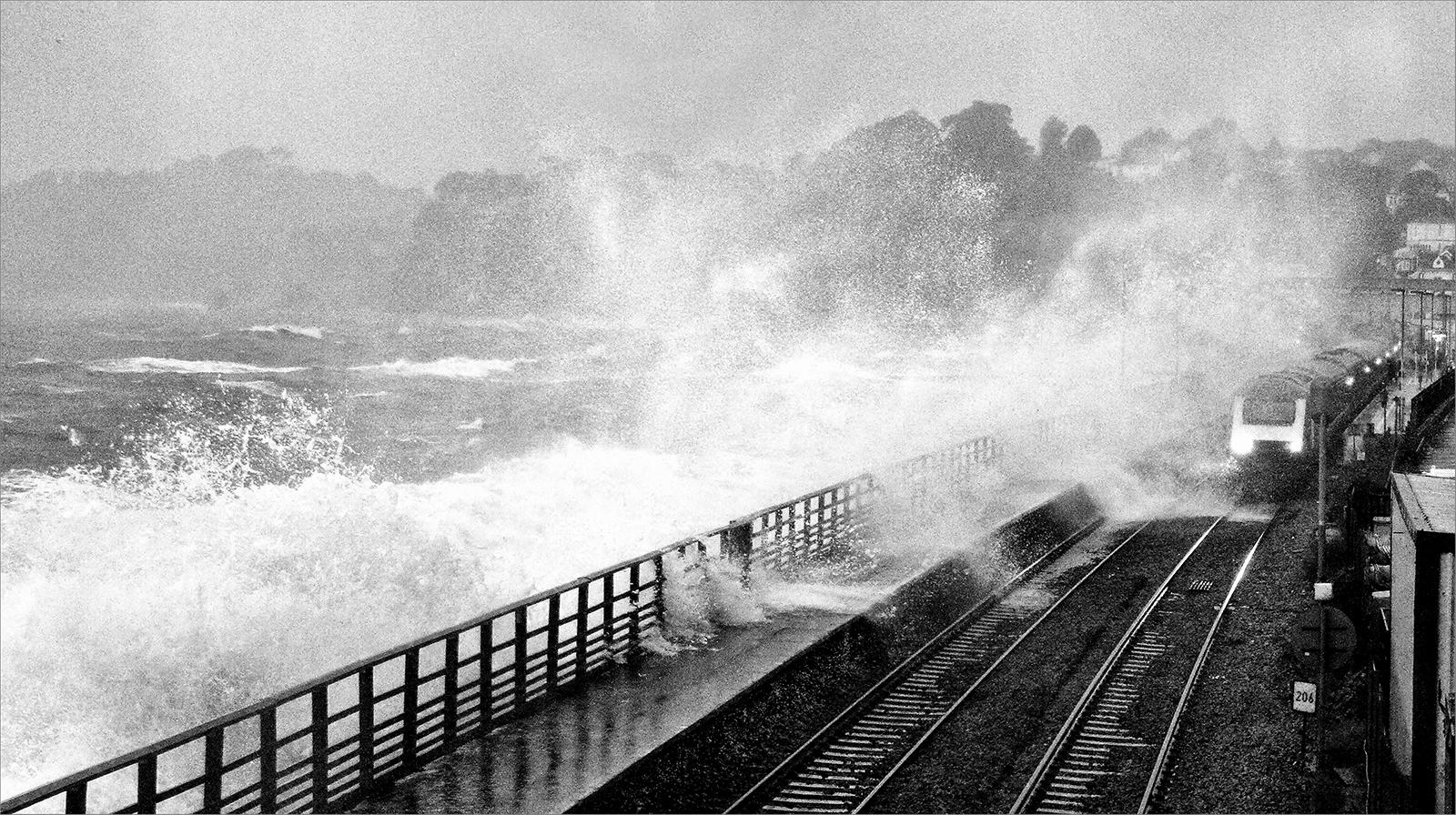 There are two distinct sources of waves at sea. The first is the wind where you are. Friction between the fast-moving air in a gale and the upper layers of the water causes those layers to be dragged along faster than the deeper ones and a succession of peaks and troughs appear which are called ‘wind waves’. The size of these increases with more wind and with the uninterrupted distance (fetch) over which the wind is blowing. However, the other source is provided by the weather many hundreds, even thousands of kilometres away. These are the so-called ‘swell waves’ beloved of the surfing fraternity and they can often be seen even in calm conditions, when the local breeze is barely ruffling the water. 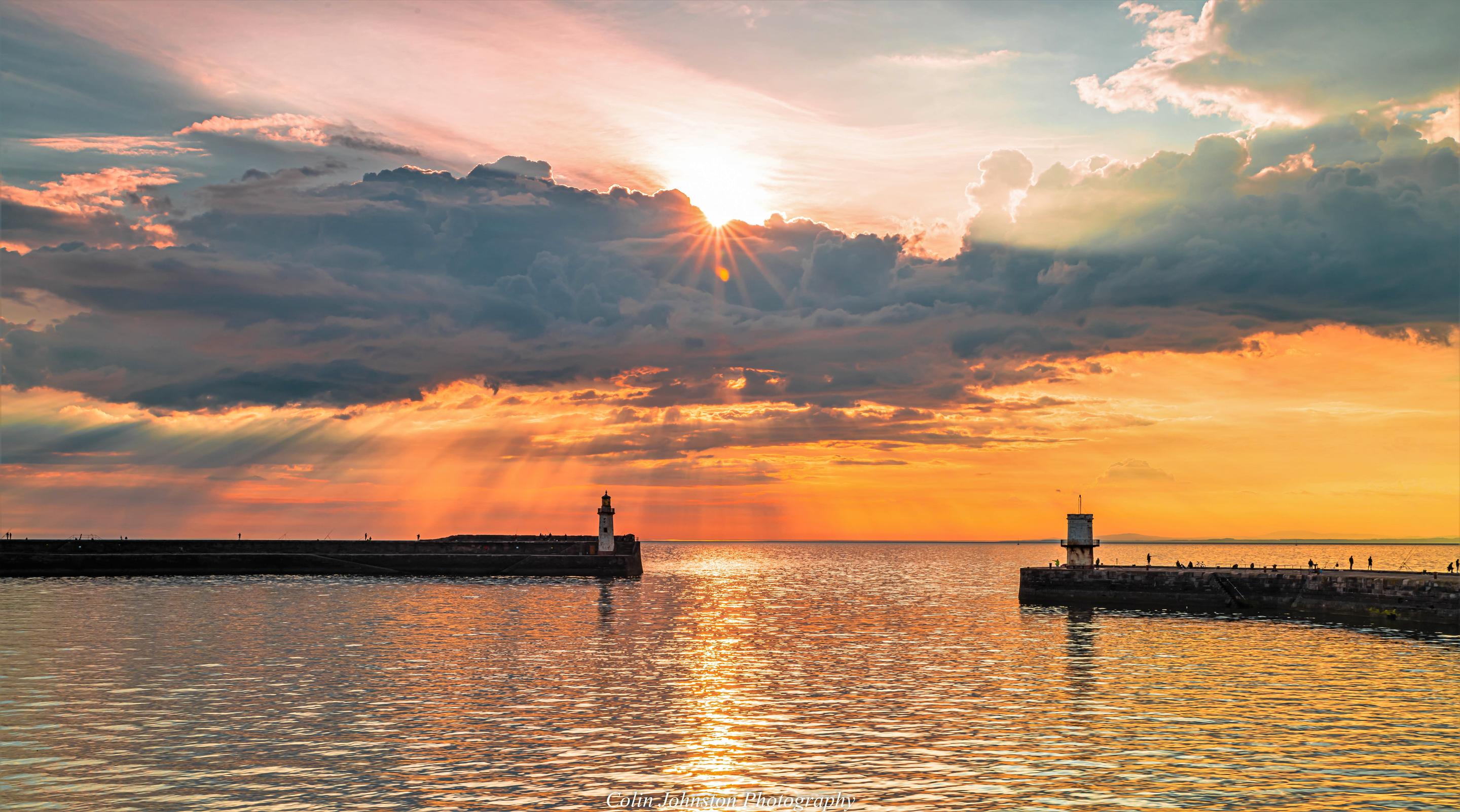 Of course, waves aren’t the only features at sea created by the weather. Waterspouts can be formed under cumulonimbus clouds where vigorous convection is occurring and air is rising rapidly. As it does so, it begins to spin and to generate a localised area of very low pressure. This causes the air to cool which promotes condensation, thereby making a visible column or funnel extending downwards below the cloud (image 5). Sea water is eventually drawn up into this funnel and a waterspout (or three) is born 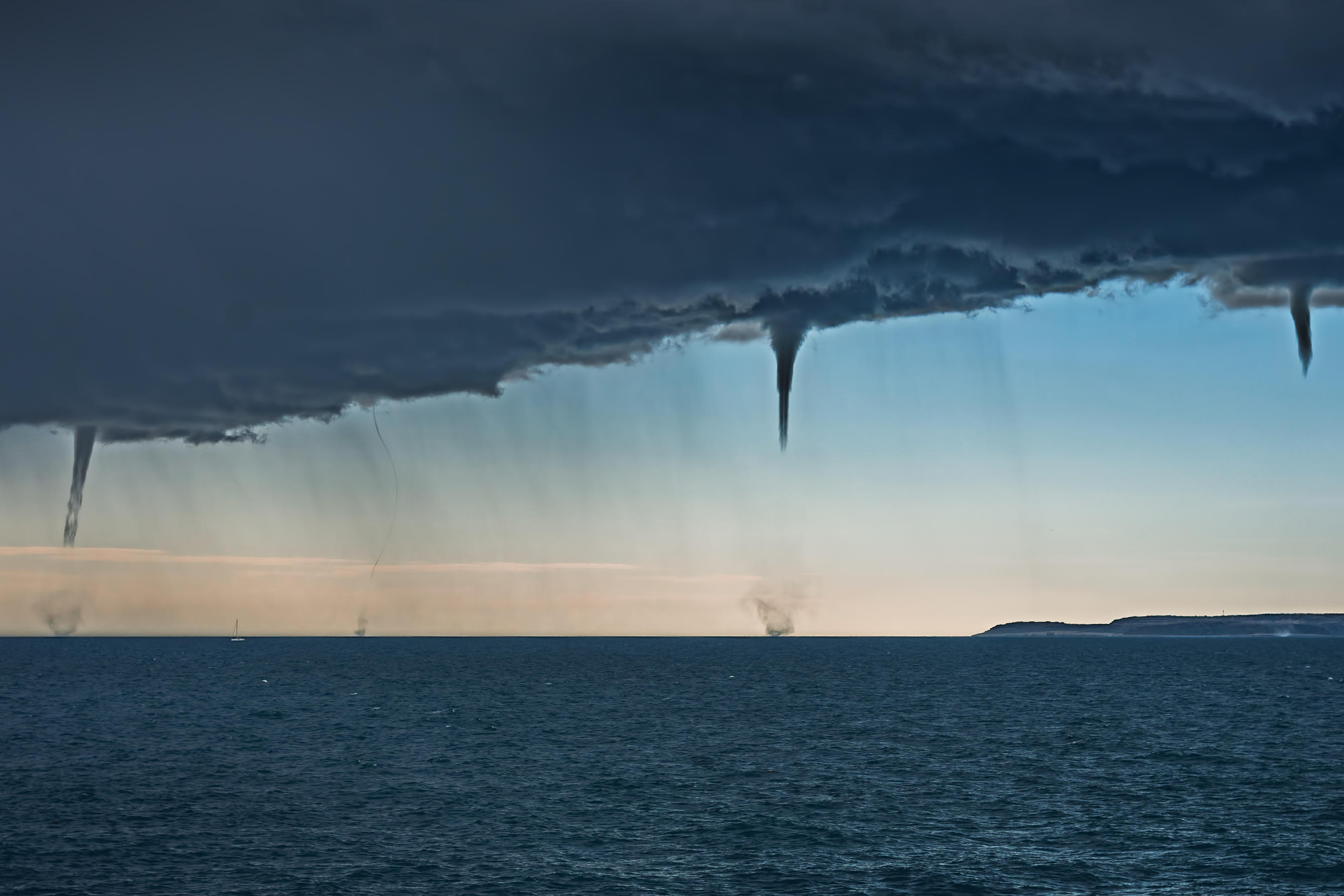 Of course, just looking at the sea from a safe distance is very different to actually sitting in a boat and feeling its power directly. Those working at sea need every bit as much courage as those pioneering early adventurers like Columbus, Magellan and their crews. 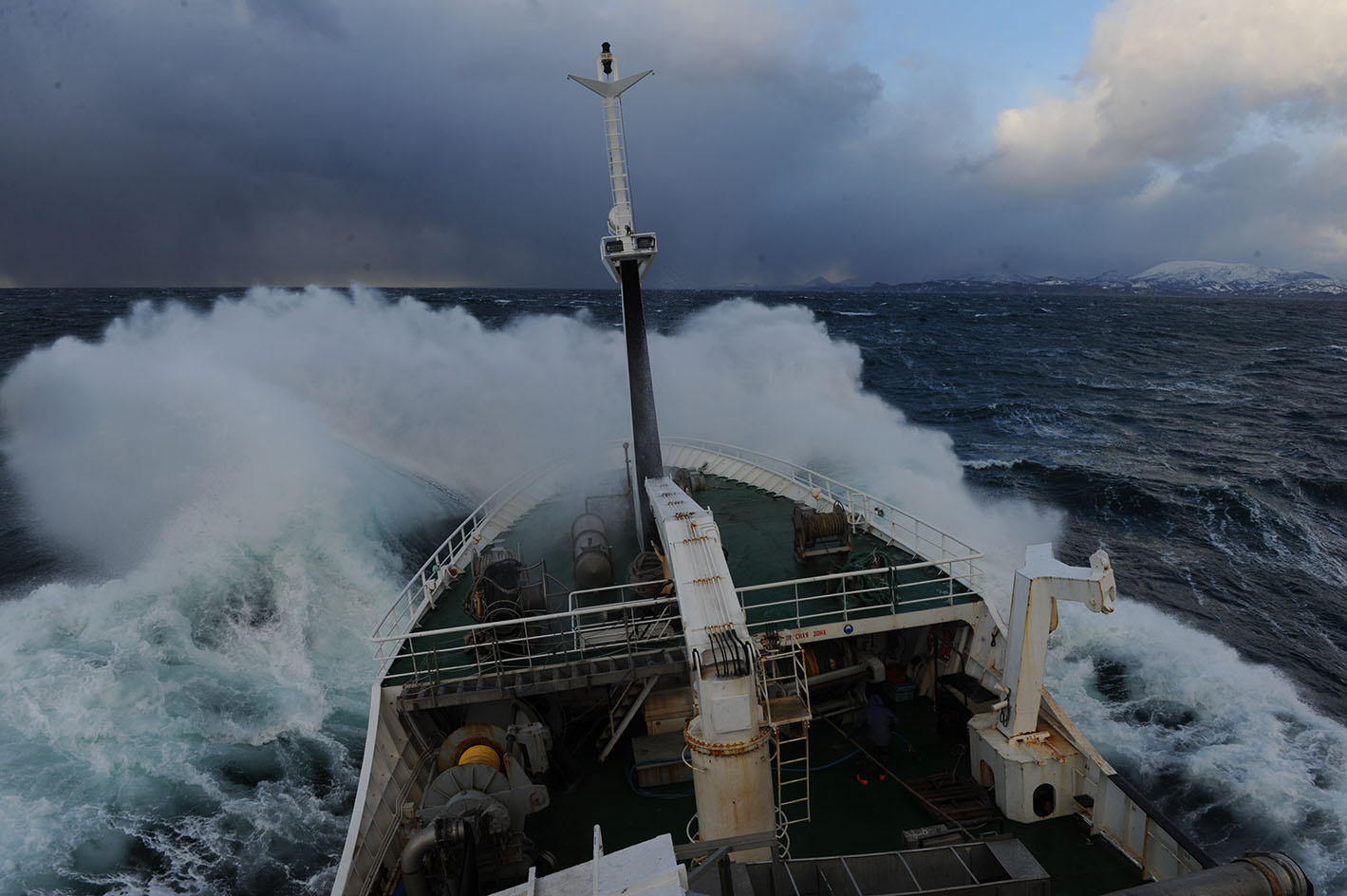 If you've enjoyed looking at these photos from previous entries to the Royal Meteorological Society's Weather Photographer of the Year competition, why not enter yourself? www.photocrowd.com/wpoty