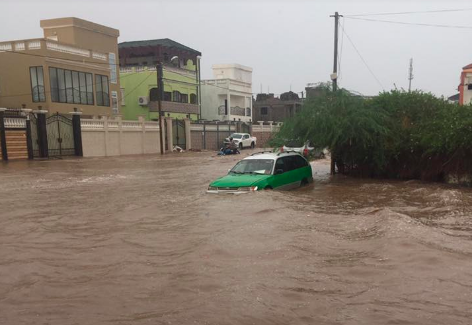 The recent horrendous bush fires in Australia and the extensive flooding in East Africa are likely to have the same root cause – the Indian Ocean Dipole. We are currently seeing the strongest positive event that has been recorded in the last sixty years, but despite meddling with the world’s weather, the phenomenon is largely unheard of.

Most people are aware of El Niño weather event, the slight warming of the surface waters of the Pacific Ocean. They are aware that it can have a dramatic effect on the weather around the globe. Still, not so many people know there are similar natural temperature fluctuations in other oceans as well.

Just as the waters of the Atlantic Ocean are known to change periodically, so are those in the Indian Ocean. To those living in Africa, Southeast Asia and Australasia, changes in the Indian Ocean are arguably one of the most important influences on their weather. Some research suggests that it can also affect the weather in Europe.

As oceans have such a huge impact on the air above them, even a slight change in their temperature can significantly affect the surrounding weather. Not only does the temperature of the air change, but crucially, the water temperature helps to determine how much moisture will evaporate into the air. Simply put, the warmer the ocean, the more rain there is available.

During an average year, in what’s known as neutral conditions, the warm waters from the western Pacific flow around Indonesia. This injection of warmth triggers thunderstorms over Indonesia, and the rising air drifts west across the Indian Ocean before sinking over East Africa. The sinking air suppresses rainfall over the region and encourages westerly winds to develop near the ocean’s surface.

If these westerly winds intensify, the warm water will concentrate around Indonesia. This is known as a negative dipole event and acts to boost the rains over Southeast Asia and suppress those over East Africa.

If the dipole is positive, the westerly wind will ease, and the warm water will slosh back towards the African coast. Cold water from deep below the ocean surface will well up around Indonesia, and this reduces the amount of rain, not only in Indonesia but also across Australia. As the warm water heads towards Africa, it encourages rain over the east of the continent.

It is one of these positive events that we are currently seeing. It started in June and really started to strengthen towards the end of September. In November, it reached values not seen for at least the last 60 years.

This powerful phenomenon has had a dramatic effect on the weather in East Africa. Parts of South Sudan, Ethiopia and Djibouti reported flooding, as did Kenya, where 15 people were killed by torrential rains in the last week of November. Across much of East Africa, the wet season is producing much more rain than usual.

Meanwhile, on the other side of the Indian Ocean, Indonesia and Singapore are in the grip of a drought, and the amount of moisture in the atmosphere across Australia has also reduced. This no doubt exacerbated the ‘catastrophic fire danger’ seen in Victoria in November, while dust and smoke above Sydney turned the skies an ominous yellow-orange colour. The ill, very young and elderly were advised to limit their exposure to the air. Obviously, wildfires aren’t unheard of in Australia. Still, the number and ferocity of those seen recently are of particular concern. The peak fire season isn’t usually until the end of the Australian summer, in February or March.

Fortunately, the positive phase of the Indian Ocean Dipole is coming to an end. This is because the Australian Monsoon system is disrupted each year, which alters the broadscale wind patterns over the area, allowing the sea surface temperatures to return to normal.

What researchers will no doubt be looking at now is whether this extreme event is part of a long-term trend and whether it is linked to climate change. Unfortunately, the causes of the Indian Ocean’s changing temperatures are largely unknown, so the secrets of how our changing climate will affect it have yet to be revealed.