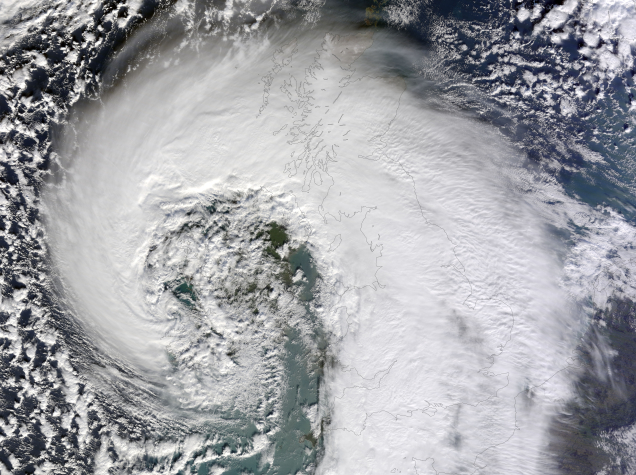 A storm with a sting in its tail

Back in the day, the code to enter the BBC Weather Centre was 1-9-8-7. These four digits instantly resonate with every British meteorologist as the year of the Great Storm. Extreme wind gusts from the now infamous storm caused a swathe of damage across southern England and northern France, and at least 22 people lost their lives. 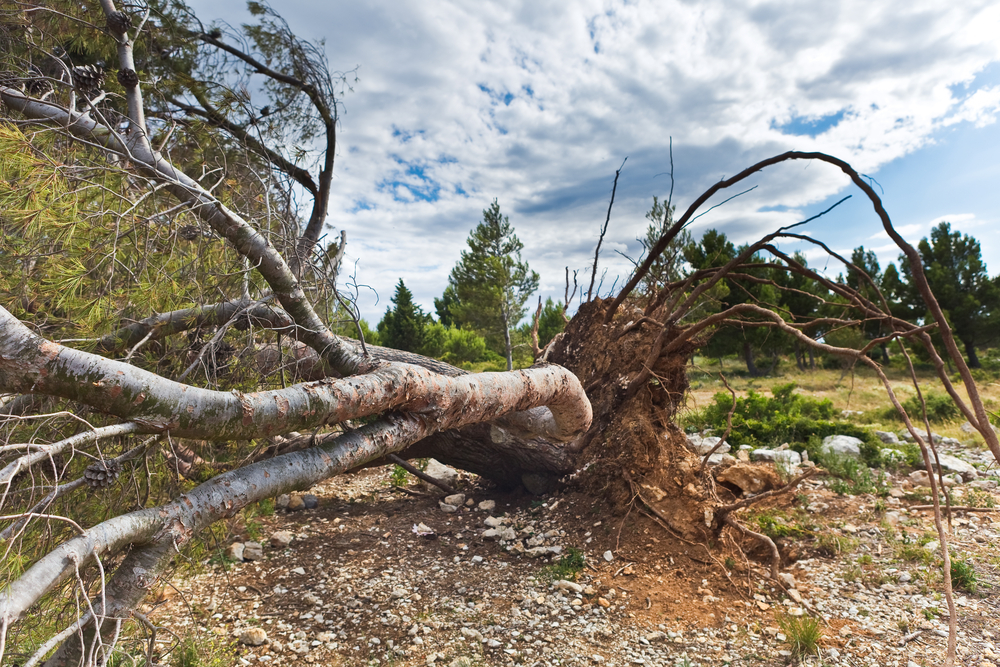 It took another 15 years before scientists reanalysed the data from 16 October 1987 and identified the culprit - a sting jet. It’s worth noting that this small area of very intense winds simply could not have been predicted back in those days.

Sting jets tend to be associated with rapidly developing areas of mid-latitude Atlantic windstorms - you may have heard the term “weather bomb” being used. More correctly it should be called explosive cyclogenesis, which is when the central pressure of a low pressure system falls very rapidly - by 24 millibars in 24 hours. The sudden change in pressure is due to interactions with a powerful jet stream, a fast-moving ribbon of air high in the atmosphere that steers low pressure systems at the surface.

As the low pressure deepens, the clouds take on a distinctive hook shape around the centre of the low. On satellite imagery it resembles a scorpion’s tail - with the aptly-named sting jet coming from its stinger. A fast-moving stream of air descends from high in the atmosphere, picking up speed like a rollercoaster due to evaporative cooling. As rain evaporates into dry air a few miles up in the sky, it causes the air to cool rapidly. The rapidly cooling air becomes denser than the relatively warmer air around it and slams down to the surface, producing gusts of 100 mph or more.

Sting jets are fairly rare, only occuring once every few years in the UK, and are usually seen in storms where there is a break between the warm and cold surface fronts that form the battle grounds in air masses.

Although the strongest winds only last a short period of time in a very small area, they can cause significant damage and risk to life. Sting jets remain tricky to forecast, but thanks to advances in satellite technology we can now spot the early signs of explosive cyclogenesis and be better prepared for potential sting jets.

A rare red weather warning was issued for Storm Eunice on 18 February 2022, amid fears explosive cyclogenesis could produce a sting jet and create a storm comparable to that of 1987.

The Met Office issues official weather warnings for the UK using a matrix system that takes into account the potential severity of impacts and the likelihood those impacts will occur. Even weather that is quite common can be the subject of a severe weather warning if it is likely to have a large impact on people’s lives. The warnings are given a colour (yellow, amber or red) that helps the public identify the level of risk. Red warnings are rare, at most only one or two are issued each year, and only when it is very likely that the weather will have a high impact.

Storms are named when they are deemed to cause medium or high impacts in the UK, Ireland or the Netherlands. In addition to strong winds, impacts from rain and snow will also be considered.

First introduced by the Met Office and Met Éireann (Ireland’s National Meteorological Service) in 2015, the Name our Storms campaign has helped raise awareness of the potential impacts of severe weather in Britain and Ireland before it hits. In 2019, the Royal Netherlands Meteorological Institute (KNMI), the Dutch national weather forecasting service, joined the collaboration.

You can read more about sting jets in this article in Weather.