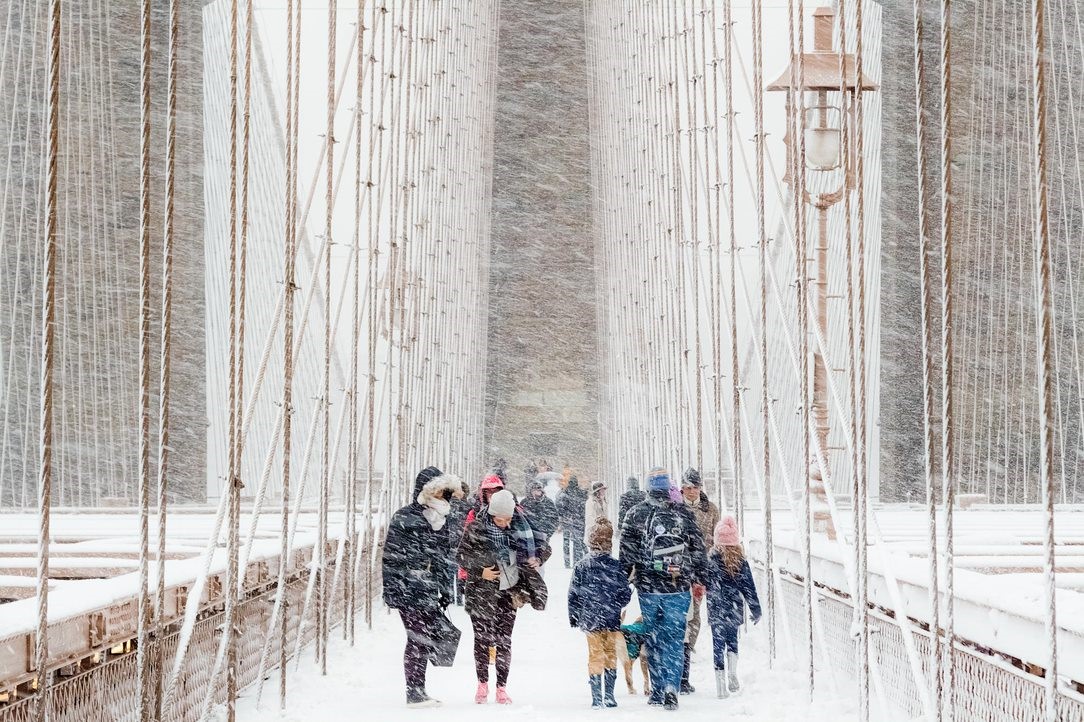 Weather Photographer of the Year 2021: Setting the scene - snow & ice

Outside the Tropics, most precipitation begins life in the frozen form thousands of metres above the Earth's surface when cloud droplets consisting of super-cooled water collide and stick together to form ice crystals. Further interactions between these mean that they can grow into snowflakes, eventually becoming heavy enough to fall. If the air they go through remains cold enough, then they will survive and arrive at the surface, displaying a myriad of patterns and shapes depending upon exactly what has happened to each flake during its journey (See Image 1). 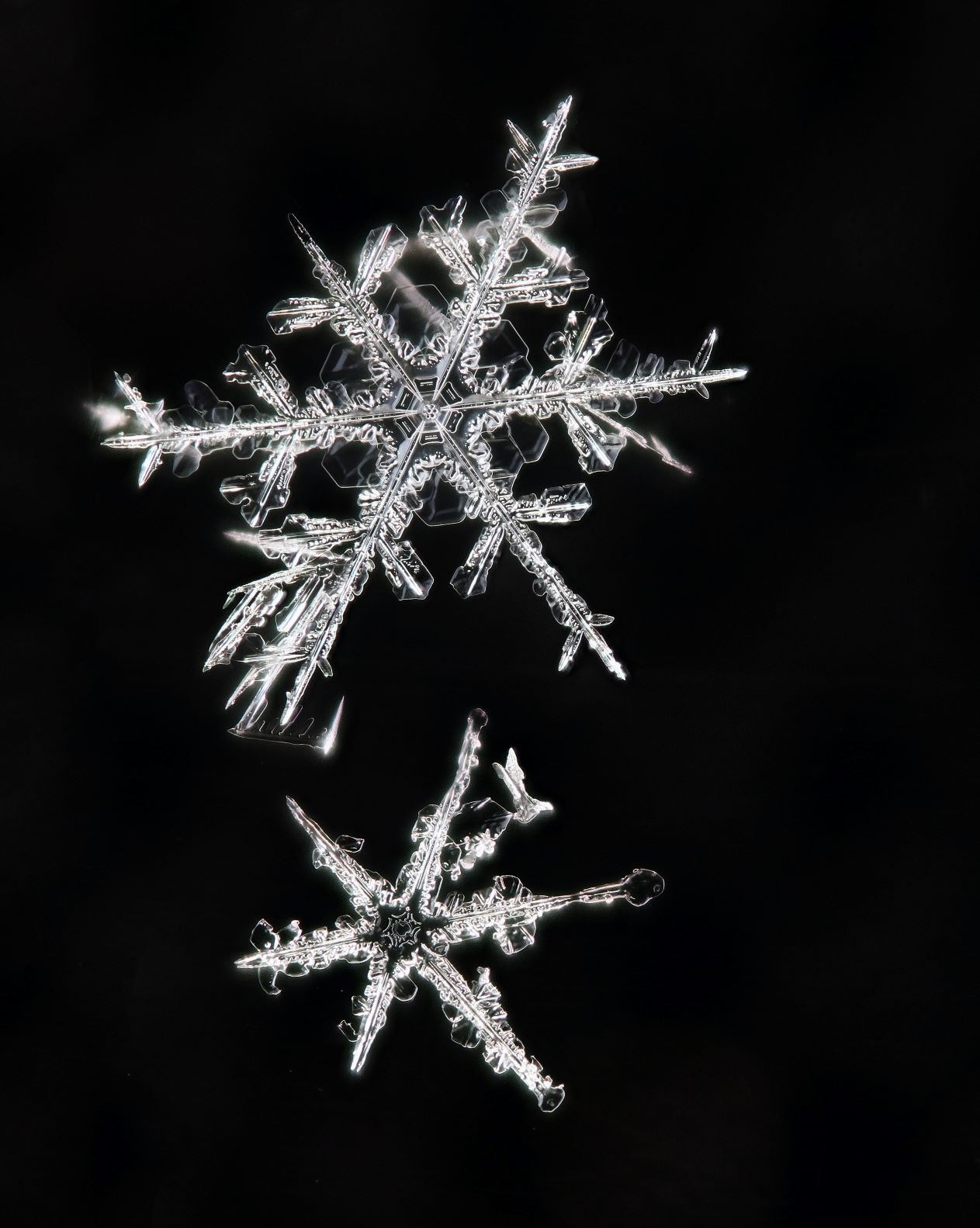 Drifting and sculpting of lying snow by the wind can produce a wide range of scenes as well as blocking roads even after the snow has stopped falling. However, some events are more unusual than others. Image 2 shows the path of some rolled snow which might well be the start of a child’s snowman. But with no footsteps in the snow and therefore no person doing the rolling, then it must have been the wind …….mustn’t it? 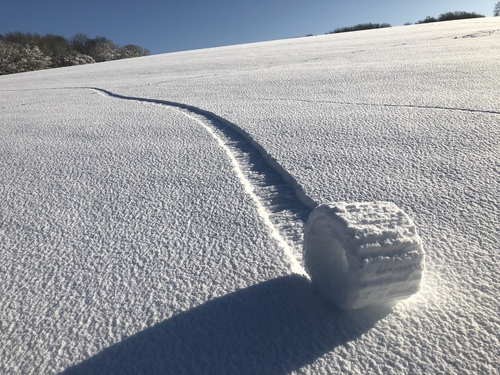 Water expands as it freezes and so where the freezing occurs at different times, the ice blocks formed earlier are pushed up out of the way by those which freeze later, as in Image 3. Where light shines through ice, refraction (bending) of the rays makes it appear blue. 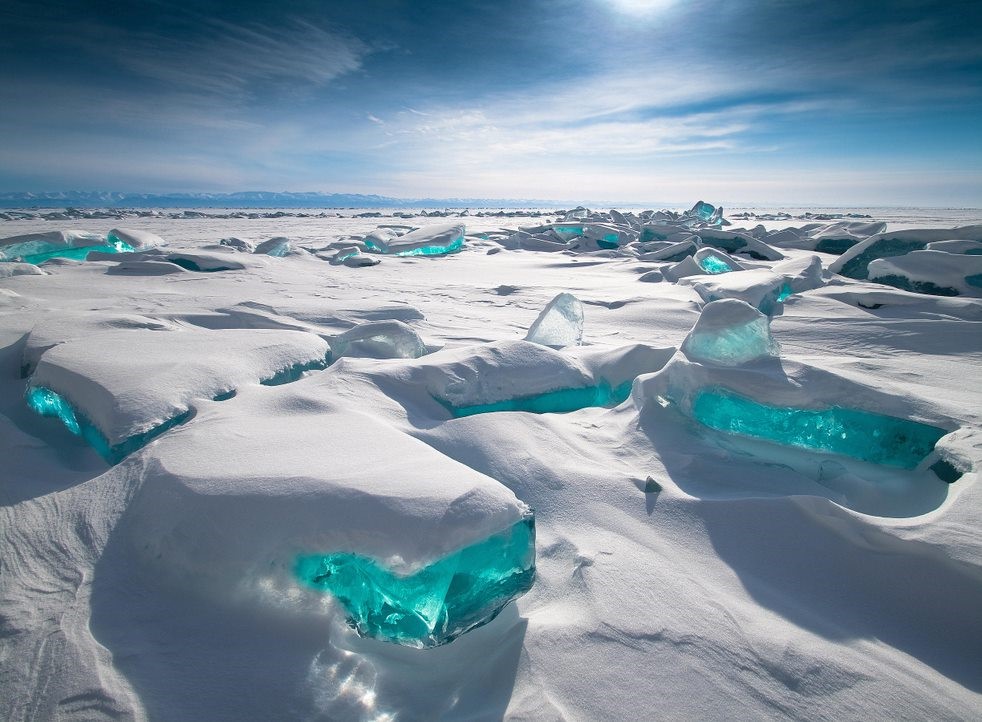 Because ice can hold much less dissolved air than water that is just above zero degrees Celsius, bubbles of air can be trapped if the water freezes quickly, as in Image 4. 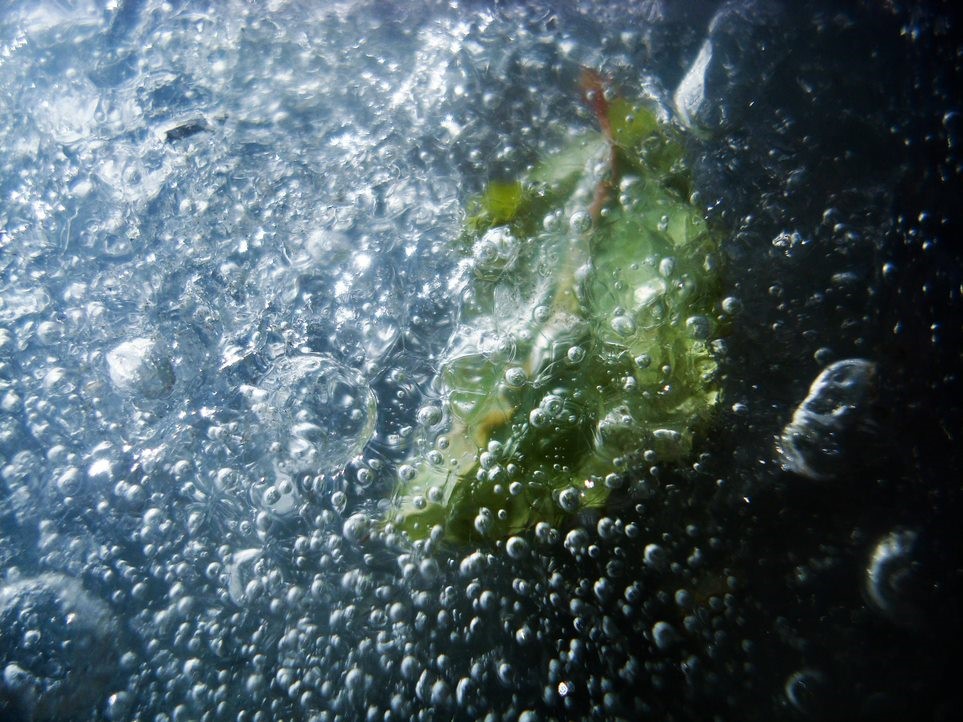 Some of the most striking winter photographs are taken when snow is absent. Hoar frost, which arises when water vapour in the atmosphere freezes directly onto a sub-zero surface, such as a car windscreen, can produce amazing patterns (Image 5). These depend not only upon the temperature, but the humidity and the shape and nature of the surfaces available to become frosted. 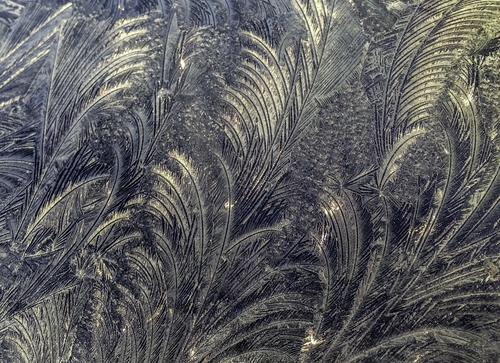 Ground frost, which results from the cooling of the air by contact with the cold ground, can occur even if the reported air temperature is actually above zero degrees Celsius at the standard measuring height of 1.25m. It is most frequently seen on vegetation (see Image 7) rather than tracks or roads, which have a better thermal connection with the underlying layers and therefore often remain warmer. Another good example of effective insulation can be seen with animals. The bison in Image 6 is probably quite toasty on the inside in spite of the frost on its outer coat. 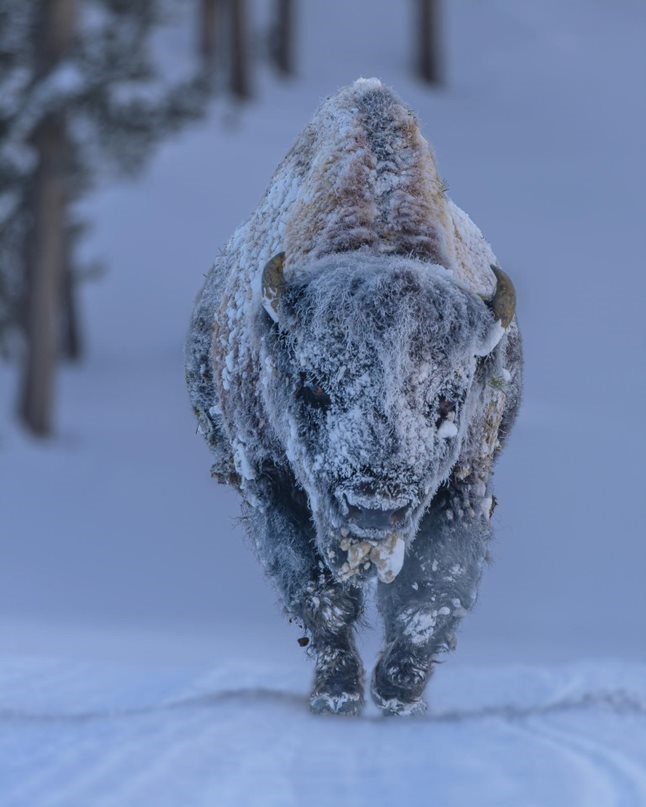 Rime ice is deposited when super-cooled water droplets meet a sub-zero surface and freeze upon contact. It can build up rapidly and spectacularly on the windward side of objects and its appearance depends upon the rate at which freezing occurs. Quick freezing results in an opaque deposit as seen on the branches in Image 7, whereas slow freezing allows the water to spread out a little before solidifying and this makes it translucent. On occasion, power and telephone lines can become so overburdened with rime ice, that they and their supporting structures can be badly damaged. 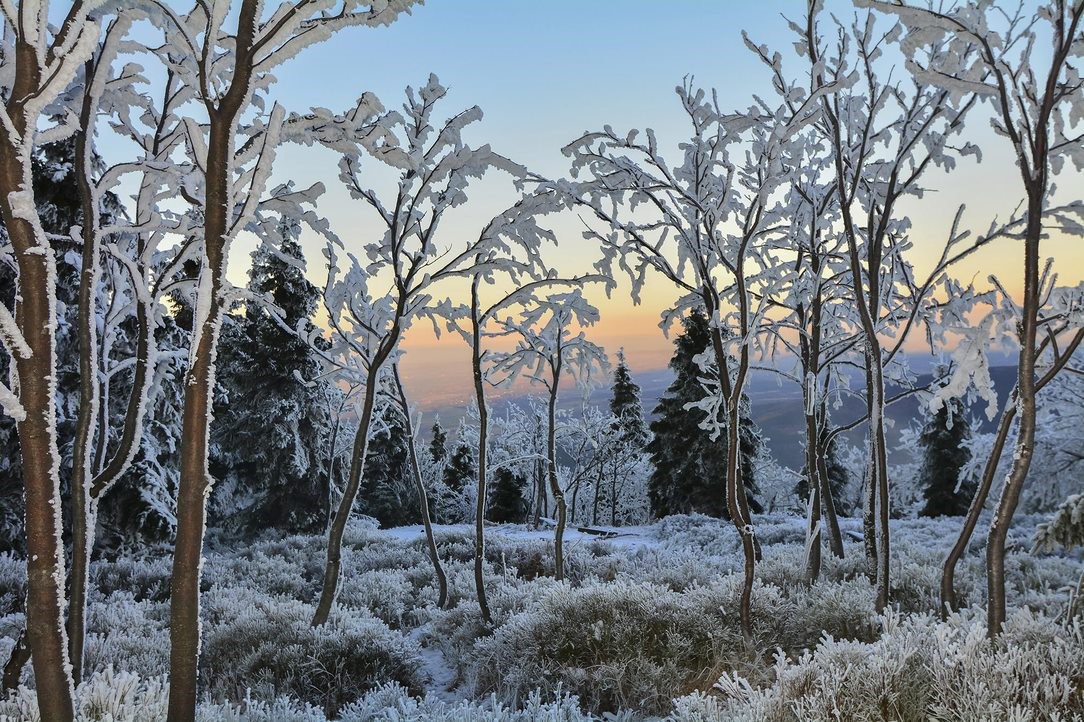 Since the temperature of the atmosphere generally falls with increasing height, it is no surprise that places at higher altitudes experience more days with ice and snow, compared to those lower down. It even enables some snow patches to survive the summer in the highest areas of the Grampians in Scotland. Even though the ambient temperature there does rise above freezing point, there are usually one or two favoured locations where the melting does not happen quickly enough to clear all last winter’s snow before next winter’s arrives.