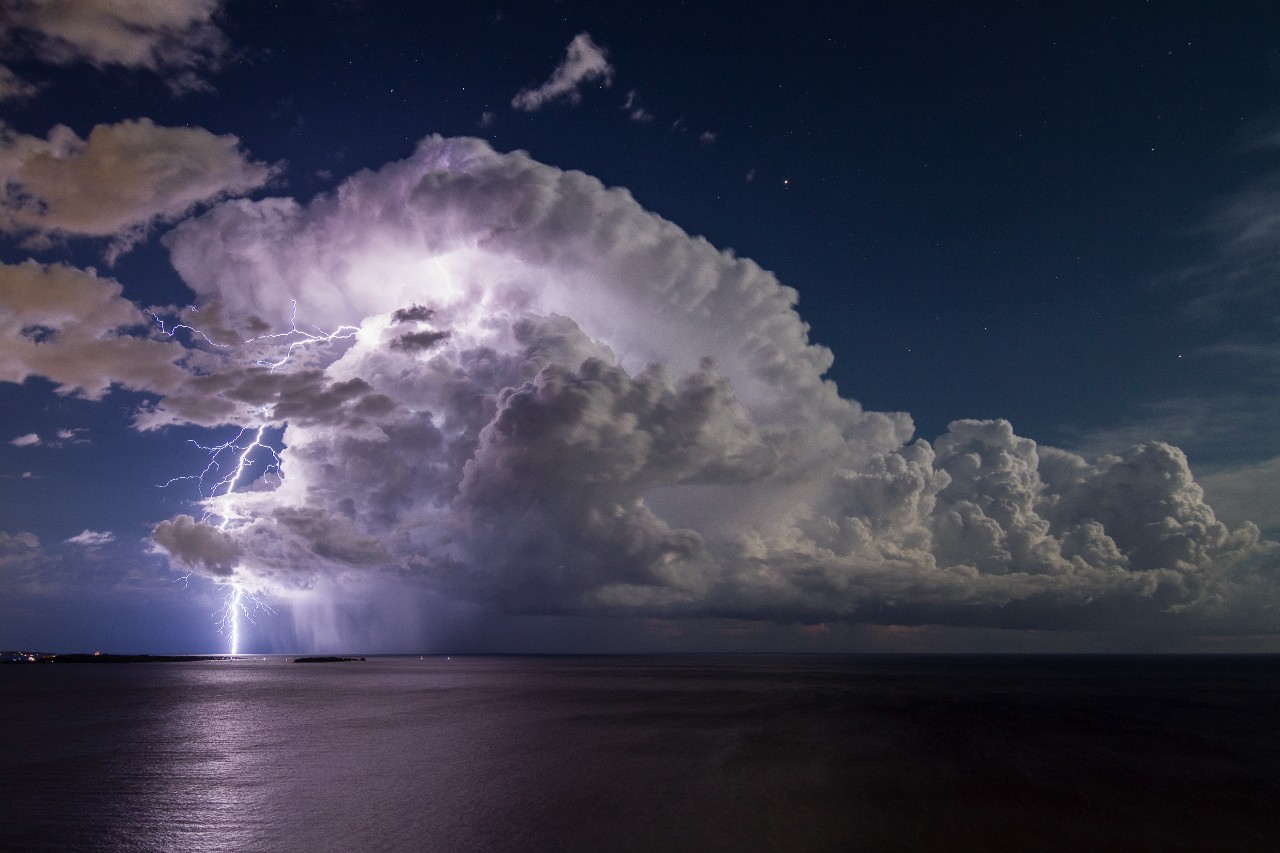 Photo title: Lightning from an isolated storm over Cannes’ Bay

Photo caption: After driving over 300 miles, waiting for eight hours and a half-night sleeping in the car, Serge finally captured this forecasted thunderstorm on a full-moon night over the famous Bay of Cannes in the south of France.

"This thunderstorm unleashed several thunderbolts in the clear sky under the stars. There was no rain, no parasite clouds, just the calm of the night and the sound of thunder - ideal conditions!"

Lightning is a large electrical spark produced by electrons moving quickly from one place to another to neutralize two charged regions – this can be within the cloud or between the cloud and ground. It is the collision of small ice crystals with larger and denser graupel (soft hail) within a thunderstorm that transfers electrons from one to the other. The storm updraft then carries the positively charged ice crystals to the top of the cloud whilst the negatively charged graupel falls towards the bottom. Once the opposite charges build up enough, the insulating property of the air breaks down to form lightning. The air surrounding the lightning channel briefly reaches temperatures of up to 30,000°C, causing the air to rapidly expand, which we then hear as thunder.