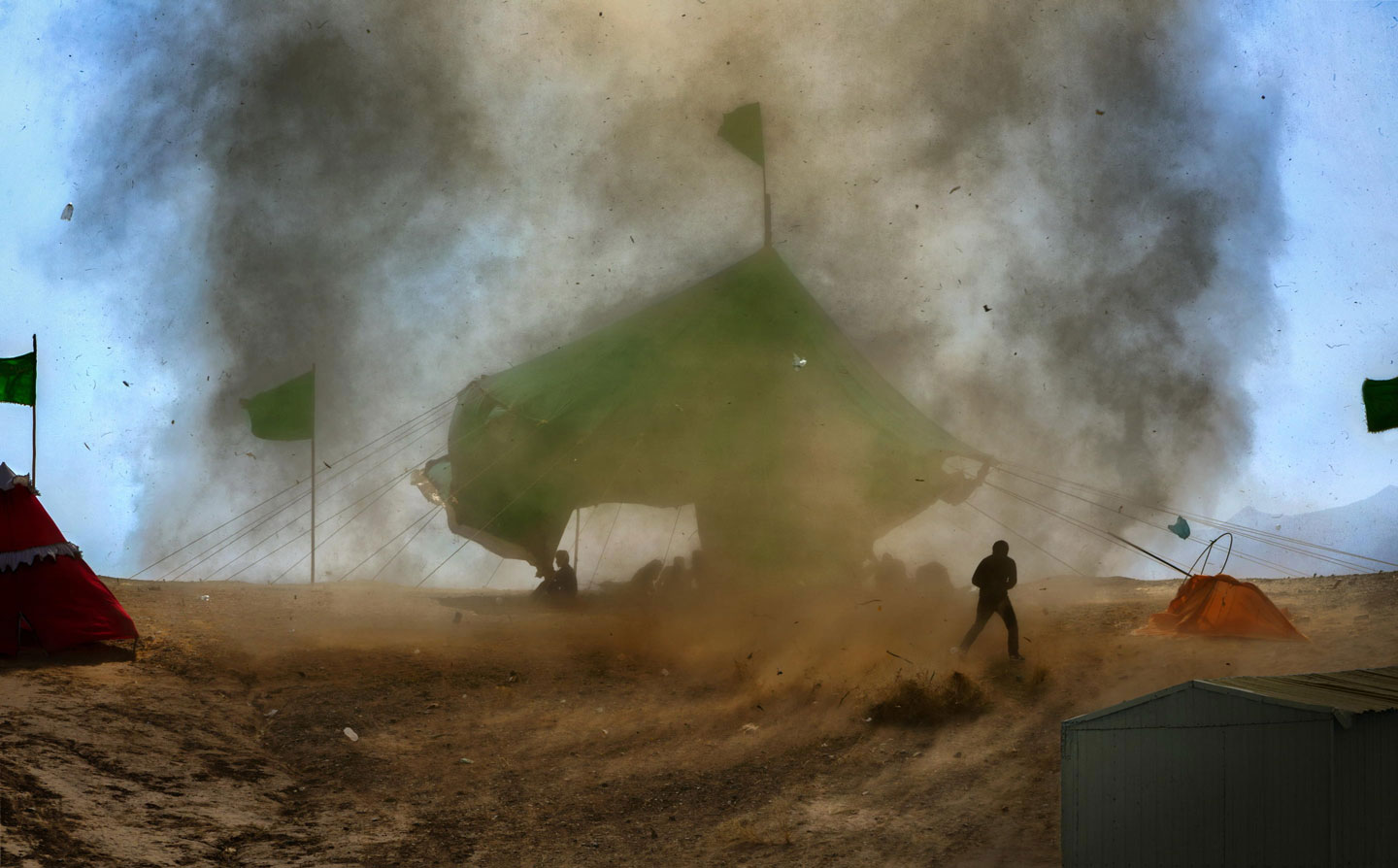 Story behind the photo:  Every year, the Iranian people hold a glorious ritual to mourn during Muharram. This photo was taken before the start of the mourning ceremony in the historic city of Noshabad, Isfahan. A small tornado came towards the ceremony site and tore down the tents and benches.

Weather caption: Tornadoes are one of the most powerful types of weather on Earth with wind speeds exceeding 300mph in some of the most destructive storms. To be classified as a tornado, a concentrated area of rapidly rotating winds must extend from the base of a storm cloud to the ground. If the whirling mass of air does not quite reach the ground, it is called a funnel cloud. A typical tornado damage path is around 1-2 miles, with a width of around 45 metres, but in extreme cases this can be more than 100 miles in length and 1.6 kilometres in width. The degree of damage caused by a tornado is a result of its wind speed and thus, its ability to carry debris.