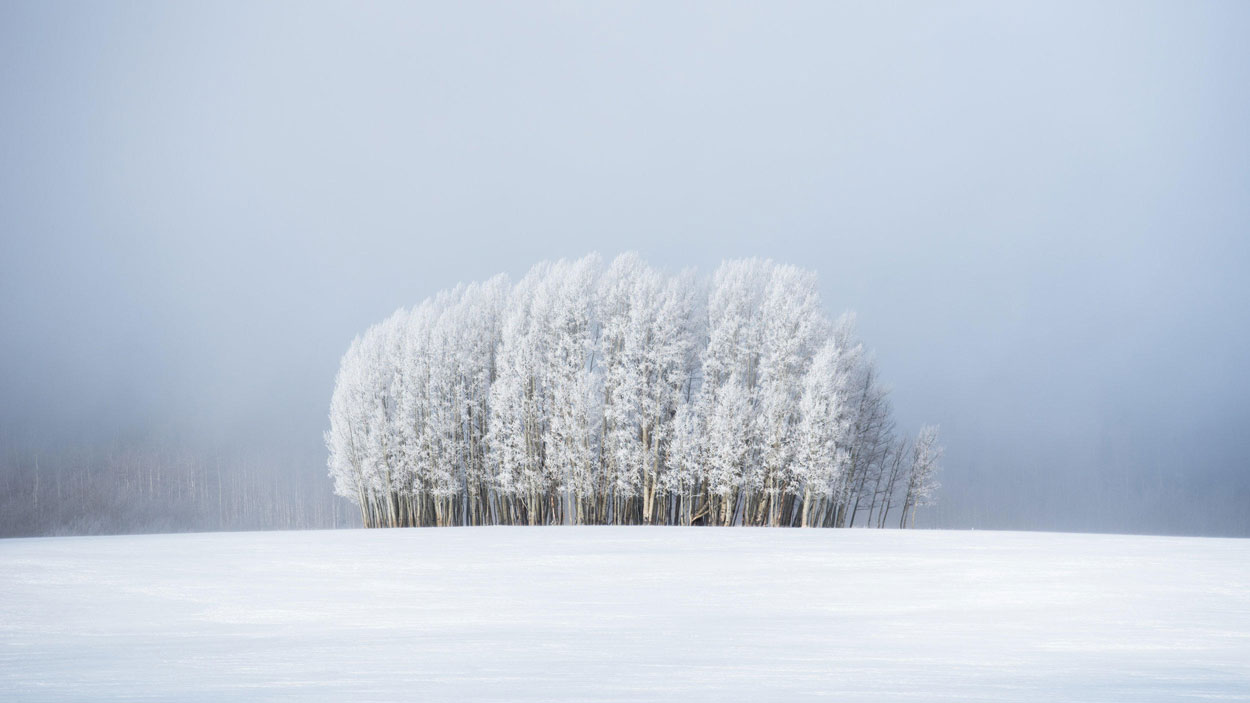 Story behind the photo: On the morning after a bitterly cold night in December, I left Steamboat Springs in search of frost and any winter weather I could find. I wandered the roads and forests near the edge of the morning snow showers to find where interesting transitions in weather might be seen. This was the last photo of many taken that morning and my favourite by far. The fog bank behind the frosted trees isolates the small grove and creates a wonderfully minimalistic scene.

Weather caption: Fog is a surface visibility of less than 1km and is essentially a ground level stratus cloud. Different types of fog are classified according to their formation, one of which is called advection fog. This type of fog occurs when warm, moist air passes over a colder surface, e.g. snow, cooling the air to saturation. Once the fog has formed it may move across the landscape, pushed by low level winds, as witnessed by this photographer.