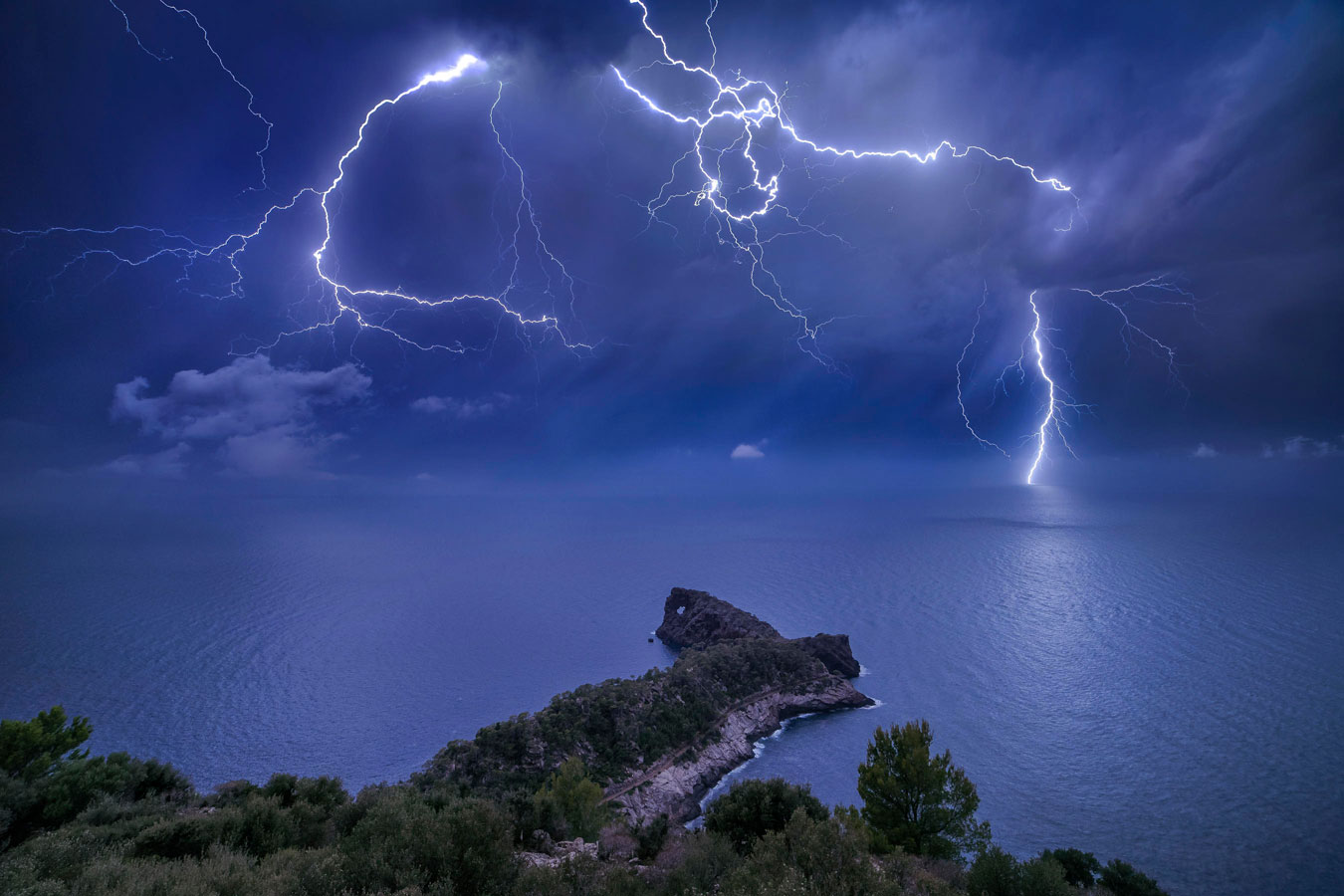 Story behind the photo: I tried many times to catch a good lightning strike behind this rock called Sa Foradada, but every time I tried, the conditions were not so good. I didn't have the moon on the sky to illuminate the scene, or the lightning was too far away. This night I knew that a big storm was approaching Mallorca and all the conditions were perfect. I don't remember if the moon was full, but I remember that it was very big. This was perfect, because the moon was going to illuminate all the land and the sea and gives more colour to the scene. I chose my composition, and I shot many pictures until the storm fell on me. This is one of the pictures I took that night in Sa Foradada. To see the storm and the lightning that night was something amazing.

Weather caption: It is the collision of hail particles with other smaller ice particles in a thunderstorm, which results in electrons being transferred from one to the other. Due to their differing weights and interactions with the storm updraft, the hail falls towards the bottom of the cloud and the smaller ice particles collect at the top, giving the different areas of the cloud a negative and positive charge, respectively. Once a significant charge difference has built up, there is a rapid discharge of electricity to equalise the charged regions – otherwise known as lightning. There are many types of lightning, the most common of which is intracloud.