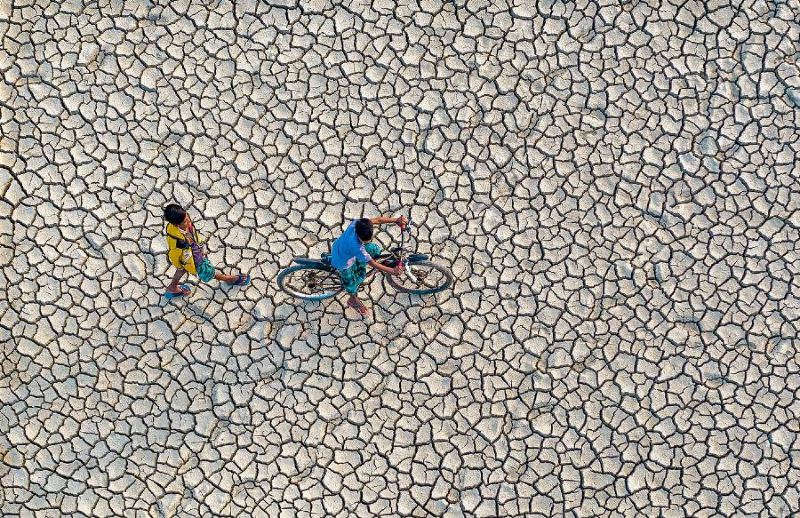 Story behind the photo: In winter the water level drops and cultivable lands get dry causing serious drought. In some areas farmers can't even use water pumps to irrigate their lands. During the drought season people usually take fields as shortcuts to go from one village to another. I have tried to capture the scene in photos using my drone.

Weather caption: There are four main types of drought: agricultural, hydrological, meteorological and socio-economic. Meteorological drought can simply be defined as a period of time (months or years) where there has been less rain recorded. Climate change projections suggest Bangladesh is likely to face more hot days and heat waves, longer dry spells and a higher drought risk. Currently, 80% of the annual rainfall occurs during the monsoon months (June-September), with the rest falling in the remaining 8 months. As a result, water levels drop and cultivable lands get dry during winter, causing serious drought. In some areas, farmers cannot even use water pumps to irrigate their lands. During the drought season, people usually use fields as shortcuts to go from one village to another. Climate models indicate that the rainfall variability could shift under climate change, with more intense rainfall falling during the monsoon months and even less in the winter months – this could increase the intensity and frequency of droughts in Bangladesh.