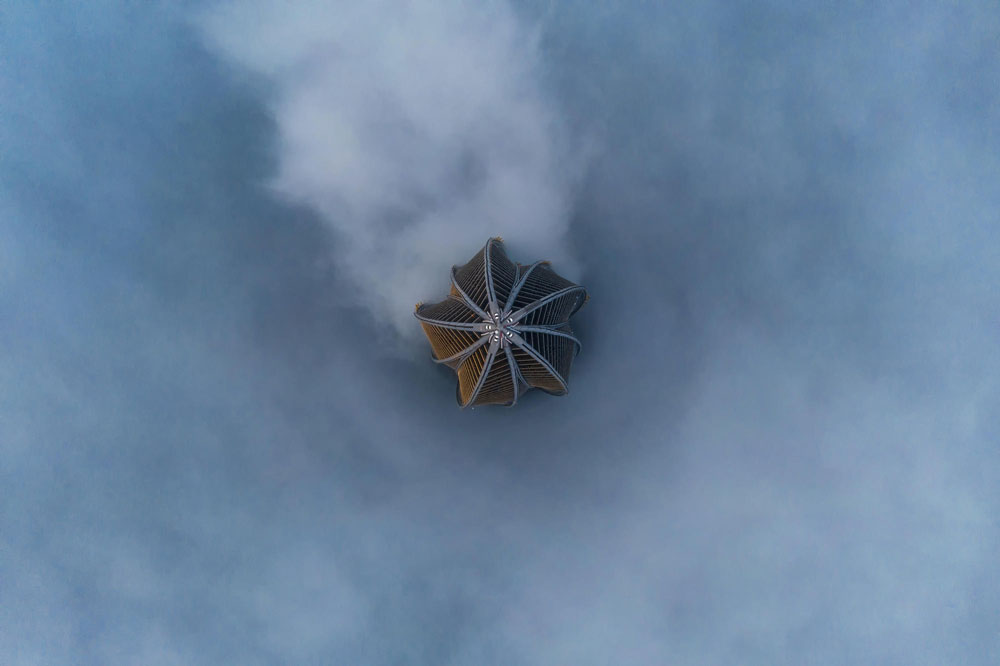 Story behind the photo: For a very long time I have been hatching the idea of this photo. I wanted to take a photo of the tallest skyscraper in Europe, shrouded in morning fog. But for this shot I had to wait a long time for all the weather conditions to coincide. I regularly monitored the weather and looked into the city cameras to make sure that all shooting conditions were favourable for the intended shot, since I live very far from the shooting location. When everything coincided, early in the morning I called a taxi, arrived at the skyscraper, raised the drone as high as possible and took this picture.

Weather caption: Fog is a surface visibility of less than 1km and is essentially a ground level stratus cloud. Fog is made up of tiny liquid water droplets, containing up to 0.5ml of water per cubic metre. This means that if you condensed fog filling an entire Olympic swimming pool, you would be left with approximately 1.25 litres of water. With over 200 days of fog each year, the Grand Banks off the coast of Newfoundland, Canada, is the foggiest place on earth.