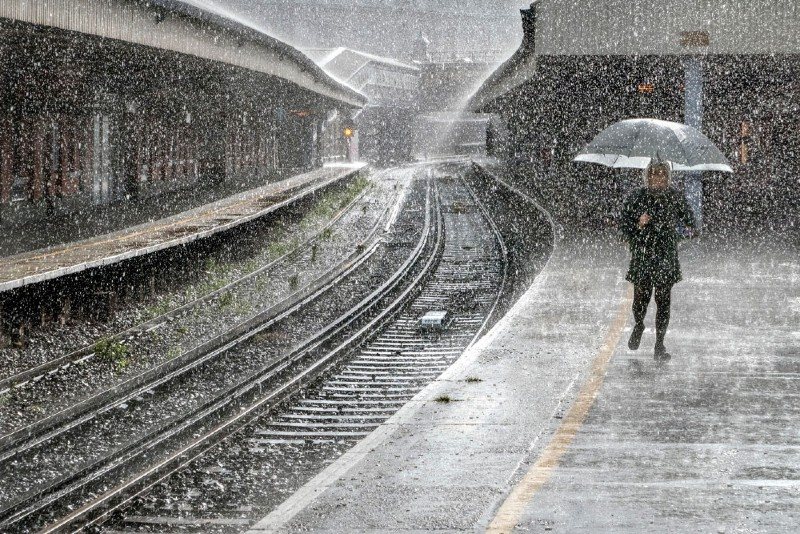 Story behind the photo: My wife and I were standing on the platform waiting for the train at Waterloo Station in London, England. We had been walking around London for the day taking photos and were on the way home. Without any warning the heavens opened and the storm broke thunder and lightning everywhere. We both ran for cover under the platform shelter as did all the other waiting passengers. I saw this lone woman walking towards me with the umbrella up and I had enough time to get the camera ready. I zoomed in a little, set the speed at 1000/iso to freeze the falling raindrops and this was the result.

Weather caption: Raindrops are defined as drops of water falling through the atmosphere, with diameters greater than 0.5mm but no larger than 8.0mm. Bigger raindrops generally require larger cloud depths, with those in the 5.0mm-8.0mm range falling from heavy thunderstorms. Rain that falls at a rate greater than 4mm per hour is defined as heavy and is often accompanied by a reduction in visibility, sometimes to less than 500m in exceptional cases. Mawsynram in the Maghalaya State of India is the wettest place in the world, receiving an average of 11,971mm rainfall each year - around 10 times the amount the UK observes.