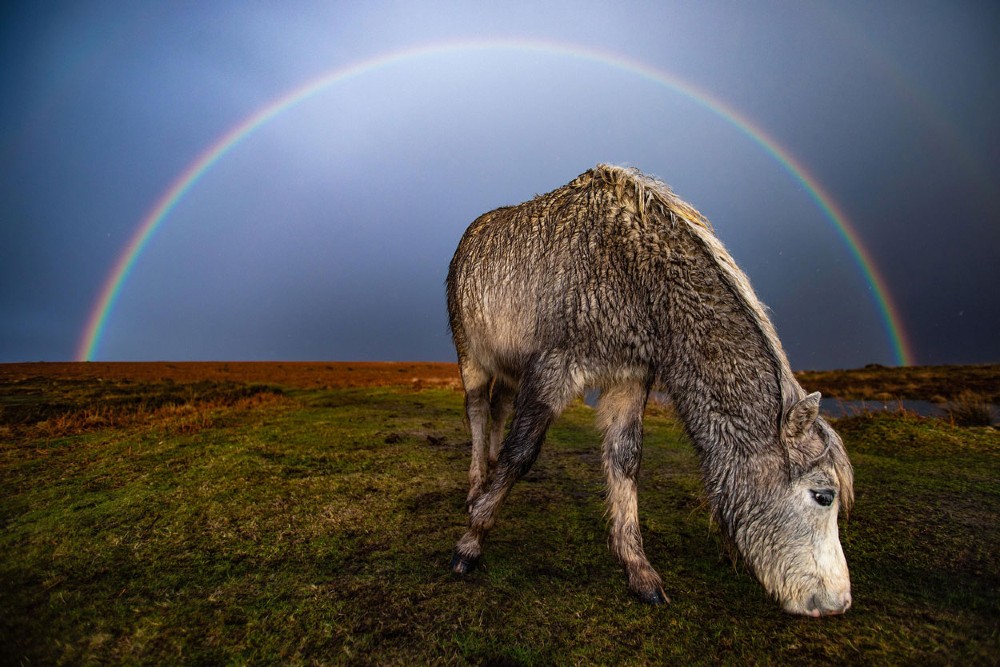 Under the Rainbow © Joann Randles

Photo title: Under the Rainbow

Story behind the photo: I have been capturing the semi-feral ponies of the Gower, Swansea, for nearly a year, spending many hours observing them and the changes to their environment. Part of following their day to day lives means photographing them in all kinds of weather conditions. On this day I remember seeing the rainbow forming after a hailstorm. Knowing that there wouldn’t be too many opportunities such as this, I swiftly left my car as the hail passed and ran down the common as I wasn't sure how long the rainbow would be in full for. Furthermore, due to the rapidly changing weather, including natural lighting conditions and that I was capturing a semi-feral animal, I was having to make a decision about the composition of the image with no more than minutes to spare.

This image is one of my favourite pictures I have taken this year.

Weather caption: Rainbows are formed when light from the sun is scattered by water droplets (e.g. raindrops or fog) through a process called refraction. Refraction occurs when the light from the sun changes direction when passing through a medium denser than air, such as a raindrop. Once the refracted light enters the raindrop, it is reflected off the back and then refracted again as it exits and travels to our eyes. Since the amount of refraction depends on wavelength, the white light is broken into its constituent colours. For an observer to see a rainbow, they must be positioned so the sun is behind them and the water droplets in front.